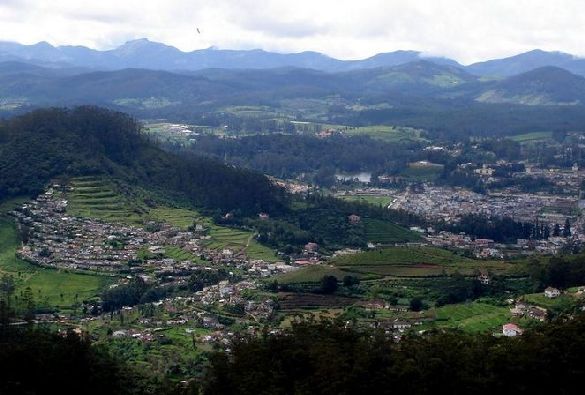 Rob Pettitt is an orthopaedic specialist at the University of Liverpool’s Small Animal Teaching Hospital (SATH).

I arrived at Bangalore airport in the early hours of the morning, where the temperature was already touching 25° C. From here, it was a long and varied drive on the smooth city roads and rough rural terrain to a centre based seven and half thousand feet up a mountain.

Despite the exhausting journey, what fascinated me most was the number of animal species I saw, from tigers across three conservation parks, to wild dogs and wandering cattle in city streets. Although the cows were often the endemic breeds, it was also surprising to see breeds such as the Jersey and the Friesian, common breeds in the UK.

India is home to some of the best minds in business, engineering and computer science, but veterinary teaching is limited in most parts of the country. The World Veterinary Society (WVS) Centre in Ooty is a charity based centre focused on teaching neutering to veterinary surgeons in India. Clinical skills during the undergraduate years is not on the same scale as the UK and most undergraduates qualify without being able to perform the most basic of surgeries. I had no idea what to expect when I arrived or how skilled the surgeons attending my classes would be.

I led the first of two courses the following morning, which consisted of a series of lectures about basic orthopaedics and the management of trauma cases, a significant skill for Indian vets due to the high number of incidences involving roaming dogs. Most of the dogs running freely in the streets are actually domestic pets that are let out by their owners during the day, although there is a large population of wild dogs across India too.

My initial observation was that vets in this region work in a very different way to specialists based in the UK. The equipment that is available to them and the medicines they use appear decades behind the Western world, which has a negative impact on conducting advanced surgery, such as orthopaedic work.

The lectures I led were based on orthopaedic techniques that utilise relatively basic and readily available implants such as intra-medullary pins, wire and external fixators. We spent some time participating in radiographic practical sessions, which involved working together to decide how best to fix a fracture. The idea of the sessions were to help delegates focus on the most appropriate methods of fracture fixation.

As the course progressed, we looked at cadavers so the delegates could practice the techniques they had been taught the previous day and fix fractures that they see routinely from road accidents and other common cases. Later, we examined techniques for amputations and followed up with a couple of lectures on analgesia, appropriate sterility and antibiotic therapy.

After a day off, during which I took the opportunity to travel on the local scenic train and visit the WVS centre in the heart of the Tiger reserve, I began the second course which involved delegates from as far afield as Nepal, who were dedicated enough to take the four-day journey to Ooty in order to participate!

The WVS are keen to run these schemes across developing countries worldwide, and having had such an enjoyable and interesting visit to India, I will happily contribute to further courses in the coming years.”