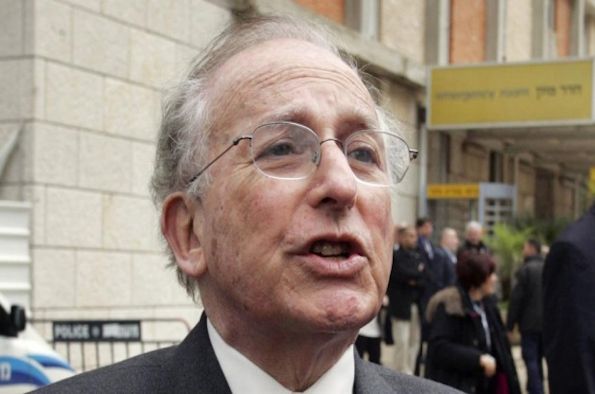 David Pilgrim is Professor of Health and Social Policy in the Department of  Sociology, Social Policy and Criminology.  He is currently writing a book on the public policy challenge of paedophilia.

“The recent decision by the Director of Public Prosecutions (DPP), Alison Saunders, about Lord Greville Janner has proved to be controversial for three main reasons.

First, although Janner had been named as a suspect in a criminal case in 1991 about the sexual abuse of boys in a residential facility, he was not arrested at the time and the police investigation petered out. Further police inquiries in 2002 and 2007 still led to no action against him. In 2007 police evidence in Leicester was considered by the local office of the Crown Prosecution Service but not passed on for consideration to the DPP in London.

Second, in his campaigning work about the pursuit of Nazi war criminals, Janner had emphasised indignantly that suspects should be brought to justice whatever their age or state of health. Although some of the press reporting of the Janner case has smacked of veiled anti-Semitism, the central relevance of this aspect of the concern was his self-righteous rhetoric about the pursuit of justice for victims of persecution. That legitimate logic was not being turned now by the DPP onto Janner himself.

The recent case law on similar cases points to Janner being treated as an exception, and with that the suspicion that there is one rule for the rich and powerful and another for the rest. Three cases make this point clearly. In December 2014, 84-year-old John Hayford was found guilty of assaulting a seven-year-old girl, over 20 years previously.

Hayford came to the attention of the police when his daughter saw him assaulting a girl in a supermarket in 2012, from footage shown on the BBC show Crimewatch. She persuaded her father to give himself in to the police. Hayford did not speak during the trial. Hayford was found guilty but not sent to prison. But the issue here was that he was put on trial, despite his agreed dementia by all parties.

In May 2010 an Exeter man, Michael Collingwood, was found guilty of 23 sexual offences against six children including one of rape. He was tried in his absence because he was currently in hospital with severe dementia. The judge instructed the jury forewoman to use the words ‘did the act charged’ rather of being ‘guilty’. His subsequent disposal by the court was under the Mental Health Act but the facts of the case had been put plainly into the public domain and the person responsible originally for them was clearly identified.

A third analogous case suggests strongly that the DPP decision about Janner was unfair and perverse. In June 2014 the case of David Massingham was heard at Teesside Crown Court. Massingham was suffering from dementia but the judge and jury heard evidence against him for sexually abusing two boys, even though the accused was not fit to stand trial. In the absence of Massingham the jurors decided that he had committed the acts alleged (ten indecent assaults and two other serious sexual offences). He was ordered to be detained under the Mental Health Act as he was still judged to be a risk to children.

Evidence from the past that does not go away

There is an irony in this case, given Janner’s own younger preoccupation with chasing down aging war criminals but that irony for his victims was not amusing. Justice was both silenced and not seen to be done in the criminal courts about Janner, but that did not prevent his victims still recalling his guilt and his assaults upon them. Moreover those involved in the original investigation in 1991 were still alive and some were willing to speak out. One was the Chief Constable of Derbyshire Mick Creedon who in 2014 reported to the press that when he was an investigating officer in 1991, he and his colleagues wanted to arrest Janner but they were prevented from doing so by ‘more senior officers’.

By 2015, the police in Leicester supplied the Crown Prosecution Service with the evidence to prosecute Janner on 22 counts of ­sexually abusing nine boys – six of buggery and 16 of ­indecent assault. Twenty five victims made witness statements about Janner. On the day of the judgment from Alison Saunders not to proceed, strong disquiet about the decision was made by Sir Clive Loader, the Police and Crime Commissioner for Leicestershire. He said that the decision was “not just wrong” but “wholly perverse” and “contrary to any notion of natural justice”, a sentiment echoed by Peter Saunders, speaking on behalf of The National Association for People Abused in Childhood.

Moreover, Loader noted that the DPP had admitted that the case had past the ‘evidential test’ for prosecution about the 22 counts noted above. So her decision was tenuously based upon the health status of the accused. Based on that matter alone, and so willfully ignoring the compelling evidence, Saunders had decided that it was not in the ‘public interest’ to proceed with the prosecution against Janner.

The immediate reaction from both the public and the police suggests that she was simply wrong in this judgment. Unwittingly she may have played an important bit part in the long term process of the British Establishment protecting itself. What she was not doing was protecting children in the present, leaving aside the lack of justice for past victims. By him failing to go to trial, at present there is no risk management in place for Janner about children who might still have contact with him. The Janner case may still go to judicial review-we shall see.