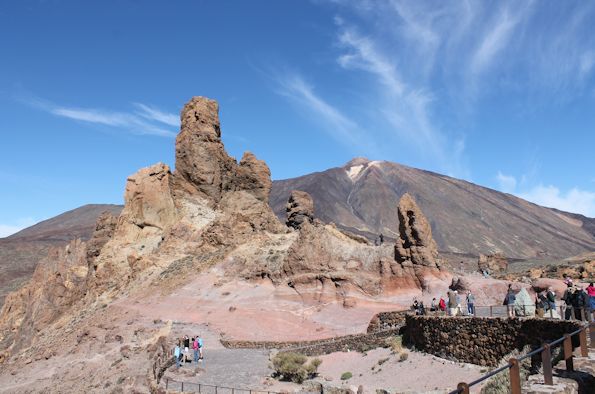 Teide volcano, Tenerife, with an ancient volcanic plumbing system exposed in the foreground

Scientists have made an important step towards understanding how volcanic eruptions happen, after identifying a previously unrecognised potential trigger.

An international team of researchers from the University of Liverpool, Monash University and the University of Newcastle (Australia) think their findings could lead to new ways of interpreting signs of volcanic unrest measured by satellites and surface observations.

Dr Janine Kavanagh, from the University of Liverpool’s School of Environmental Sciences and lead author, said: “Understanding the triggers for volcanic eruptions is vital for forecasting efforts, hazard assessment and risk mitigation.

“With more than 600 million people worldwide living near a volcano at risk of eruptive activity, it is more important than ever that our understanding of these complex systems and their triggering mechanisms is improved.

“There is also a strong economic incentive to understand the causes of volcanic activity – as demonstrated in 2010 by the eruption of Eyjafjallajökull, Iceland, which caused air-traffic disruption across Europe for more than one month, with an estimated US$1.8 billion loss in revenue to the airline industry.”

Studying volcanic processes in nature can be challenging because of the remoteness of many volcanoes, the dangers to scientists wanting to study destructive eruptions up close, and the fact that they are often obscured from direct observation by volcanic ash or rock.

To get around this difficulty, the researchers recreated a scaled down version in labs at Monash University. They studied the plumbing systems of volcanoes by modelling how magma ascends from great depths to the surface through a series of connected fractures (called dykes and sills).

The scientists used a tank filled with gelatine (jelly) into which coloured water was injected to mimic ascending magma. A high-speed camera and a synchronised laser was used to observe what was going on inside the tank as the ascending magma moved upwards.

Professor Sandy Cruden, from the School of Earth, Atmosphere and Environment at Monash University, said: “It was at this point that we discovered a significant and previously unknown drop in pressure when the ascending vertical dyke stalled to form a horizontal sill.

“Sills often form in nature as part of a developing volcanic plumbing system, and a pressure drop can drive the release of dissolved gasses, potentially causing the magma to explode and erupt,” he said.

“It’s similar to removing a cap from a bottle of shaken fizzy drink – the pressure drop causes bubbles to form and the associated increase in volume results in a fountain of foam erupting from the bottle.”

Volcano-monitoring systems around the world rely on the interpretation of signals of Earth’s surface and subsurface measured by satellites, ground deformation devices and seismometers. These record when and how magma moves at depth and they are used to help determine the likelihood of an eruption occurring.

The new results will aid this effort by adding a previously unknown potential eruption triggering mechanism and by helping to improve understanding of the dynamics of magma ascent, which leads to eruptions.

The research is published in Earth and Planetary Science Letters. 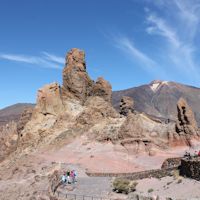