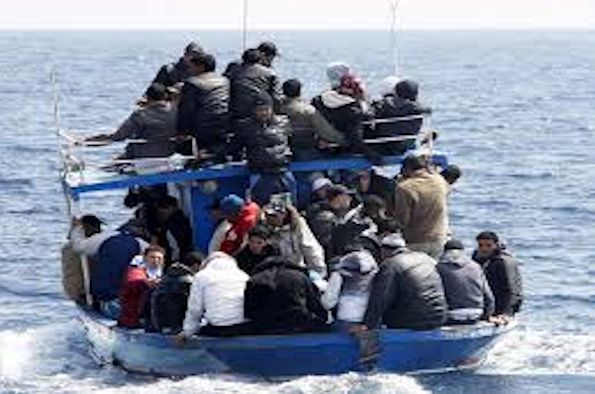 Dr Ekaterina Balabanova is a Senior Lecturer in the University’s Department of Communication and Media and author of `Media and Human Rights: The Cosmopolitan Promise’ published by Routledge (2014).

“The ‘migrant crisis’ unfolding in the Mediterranean highlights the human costs of Europe’s border policies, but it also underlines the importance of the media for how we understand and respond to humanitarian dilemmas.

One of the most prominent images from the first few months of 2015 have undoubtedly been those of the boats in the Mediterranean – overcrowded with people who very much remain faceless and anonymous trying to reach the shores and the presumed safety of Europe.

These are the images that the Western media have used to tell the story of what is shaping to be one of the biggest humanitarian disasters of the year.

Why all the attention now?

Historically, the Mediterranean has long been the most deadly border crossing in the world, so, why all the attention now, and what does this tell us about the role of the media in reporting humanitarian crises?

First of all it underlines how important media coverage is to the political response. Would the EU have been under sufficient pressure to come up with a plan if these deaths had gone unreported and unexplained?

According to the United Nations since the start of 2015 an estimated 60,000 people have tried to cross the Mediterranean. More than 1,800 of these people are feared to have died making the journey. UN confirms that this represents a 20-fold increase in the death-toll by comparison with the same period in 2014.

But these numbers in UN press releases on their own do not say much apart from something big and terrible is happening. We need to know more – and we need journalism to explain it: how is conflict, persecution or poverty in countries such as Syria, Eritrea, Nigeria or Somalia forcing people to flee their homes? Why are they willing to undertake what is by no means an easy, cheap or more importantly safe journey?

The timing tells us something rather shocking about news values and our tolerance of tragedy. From media’s point of view this is a story that combines high levels of drama and death which are inherently newsworthy.

Hence it is no surprise that sinking boats have made it to the news, but people have been dying in significant numbers attempting these crossings for many years.

There seems to be a gruesome ‘threshold’ above which something becomes newsworthy. In the case of the Mediterranean this number is incredibly high – when the number of people dying in a single incident reaches 700-800.

It is the way in which the topic is discussed in the media that is most interesting and noteworthy, however.

It led to a direct intervention from the UN High Commissioner for Human Rights, Zeid Ra’ad Al Hussein, who talked about incitement to hatred and pointed out the parallels between the use of the word ‘cockroaches’ in the current context and by the Nazis and those responsible for the genocide in Rwanda more recently.

The reporting of migrant and refugee issues across the British media has for long been characterized by inaccuracies, spurious stories and statistics taken out of context, incorrect use of definitions and reliance on a narrow range of sources.

The current example is not much different. There has been near universal rejection of Hopkins’ sentiments, but British media have swallowed much of the rhetoric of politicians. They have repeated the long-standing misunderstandings, misconceptions and distortions surrounding the topic of movement of people.

Those fleeing persecution are not illegal immigrants – they are refugees. The people transporting them are not traffickers, they are smugglers.

By suggesting this is a problem of immigration and/or transnational organized crime rather than a humanitarian crisis the media is feeding a particular political line. This kind of framing tilts the balance of the debate away from calls for resettlement and more open immigration towards a rush to security and military ‘solutions’.

The mainstream reporting of the tragedy shows a failure and complicity of the media in a certain politics of immigration.

However, the widespread revulsion to Hopkins’ comments proves the value of free speech. By being united in condemning her we are reminded of our common humanity – something much more powerful than her original statement. We are forced to notice the issue, to think about it and ultimately to be more human in our reactions.”