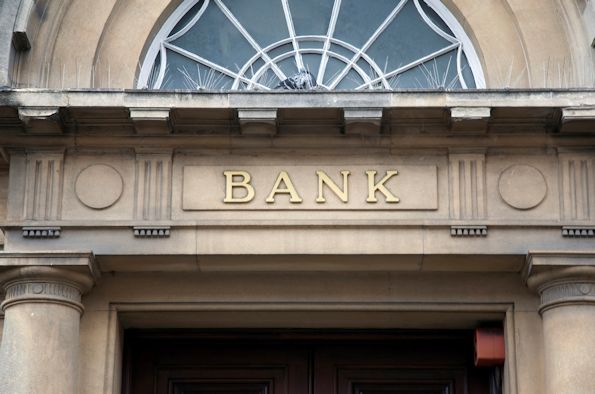 Kieran Maguire, is an Economics, Finance and Accounting Lecturer in the University of Liverpool’s Management School:

“Norman Stanley Fletcher, you are an habitual criminal who accepts arrest as an occupational hazard and presumably accepts imprisonment in the same casual manner. We therefore feel constrained to commit you to the maximum term allowed for these offences — you will go to prison for five years.”

So began each week’s episode of the 1970’s sitcom Porridge, starring Ronnie Barker, which dealt with live inside prison for a petty criminal. If you steal a car, a television or a phone then prison is the risk you run. Porridge is a slang word for prison.

The same rules don’t appear to apply to banks and other members of the financial services industry though, whose behaviour and policies have caused losses running into many billions of pounds, yet few ever end up in a cell.

This week five banks have been fined $5.6 billion in the US for manipulating exchange rates. Included in the list of the guilty is Barclays, who were fined the highest amount, $2.4 billion.

You may have thought that Barclays share price would plummet as a result, but instead the share price increased by 2%, such is the casual acceptance by the stock markets of such behaviour.

It appears the markets thought that Barclays got off relatively lightly, and had factored in a much larger fine. Relief, not contrition, has been the reaction.

The banks appear to set aside some of their profits to pay for these fines, seeing them as part of the risk of being in business.

Earlier this week the Financial Ombudsman Service (FOS) issued their annual report about the state of the UK’s retail providers of financial services. Complaints about bank accounts have doubled, there was criticism of payday loans companies too. Payment Protection Insurance claims had halved, but over 200,000 were received in the year. Compensation in relation to these now stands at over £24 billion.

Every time such a scandal arises the banks, building societies, insurance and pension companies come out with the same mantra.

‘Lessons have been learned……., new guidelines have been given to staff……, we’re very sorry………it won’t happen again’ and then there is a new product, a new scheme created so fiendish that it might as well have Dick Dastardly twirling his moustache with Muttley sniggering in the background.

The list of misdemeanours in the last 25 years includes mis-sold endowment schemes in relation to mortgages, mis-sold pensions, PPI, mis-sold identity theft insurance, interest rate hedges, and that is just in relation to consumers and small businesses.

But as well as defrauding small customers, the banks have also been guilty of misdemeanours on a far larger scale. The global financial crisis in 2007 was due to manipulation of financial products, a giant game of pass the toxic debt parcel until the music stopped and taxpayers picked up the pieces.

Since then the banks have been regulated more tightly on both sides of the Atlantic, but this appears to have simply made them more creative in finding ways to make money through nefarious ways.

Such is the contempt of the banks for the regulators that many of these schemes are given exotic names such as ‘the whale’ and ‘the dark pool’.

Goldman Sachs, described in 2009 as a “great vampire squid wrapped around the face of humanity, relentlessly jamming its blood funnel into anything that smells like money”, made profits up 41% last month.

Goldman helped the Greek government in 2010 understate the true nature of its financial problems which has exacerbated the on going financial crisis in that country.

The culture at these organisations ultimately is determined by senior management. They set the tone, they appoint those below them who supervise the day to day activities at the banks.

Until those at the top make it clear that such practices are unacceptable then the banks will continue to create products and services that cause confusion, misery and impoverishment for many.

It appears that the current system for dissuading the banks from such practices, in the form of fines, doesn’t work. The fines are effectively paid by the shareholders, rather than the executives themselves.

Barclays executives shared bonuses of £16 million in March 2015, and £32 million the previous year.

Why aren’t the senior bankers held to account by being imprisoned? A normal fraudster would perhaps be sent down for such behaviour.

It would appear a combination of successful political lobbying and a poor track record of the authorities in successful prosecutions has made the bankers bulletproof, or should that be porridge-proof?”