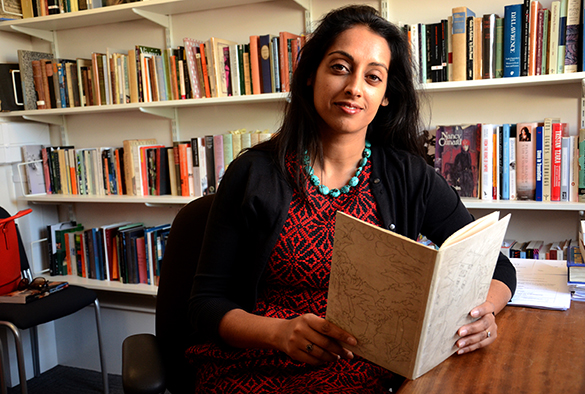 Dr Sandeep Parmar will become the University of Liverpool’s fourth BBC Radio 3 New Generation Thinker in the five years since the scheme was launched in partnership with the Arts and Humanities Research Council (AHRC).

Dr Parmar, a poet and Lecturer in the University’s Department of English, will follow in the footsteps of her colleagues, Dr Alexandra Harris, Professor Nandini Das and Professor Sarah Peverley, after being selected ahead of hundreds of academics to take part in the project.

Dr Parmar, who is also co-director of the Department’s Centre for New and International Writing, said: “This is a wonderful opportunity. I am looking forward to rethinking the research that I do and coming up with ways to make it even more interesting.

“I’m fortunate to be part of a thriving research community that engages with writing in English from across the world. I’m so pleased to be able to extend that international dialogue and my own research in women’s writing and international poetry to a wider audience.”

New Generation Thinkers is a nationwide search for the brightest minds with the potential to share their cutting edge academic ideas through radio and television.

Dr Parmar’s success, alongside those of nine other academics selected from higher education institutions across the country, was announced on Sunday at the Hay Festival.

“I’m so proud to be part of the English Department; all of my colleagues bring their tremendous knowledge and passion for research to the classroom and that’s one of the reasons we have had so much success becoming New Generation Thinkers”

The final ten were chosen by a panel of BBC Radio 3 and BBC Arts producers and AHRC representatives, following a six month selection process that involved a series of day long workshops at the BBC in Salford and London.

Dr Parmar, and her fellow New Generation Thinkers, will spend one year working with Radio 3 presenters and producers to develop their ideas into broadcasts. They will make their debut appearance on Radio 3’s arts and ideas programme, Free Thinking, on successive editions beginning with a special edition of the programme recorded at Hay Festival and broadcast on Thursday 28 May. All of the New Generation Thinkers will be invited to make regular contributions to the network throughout the year.

Each New Generation Thinker will also have an opportunity to develop their ideas for television, by making short films for BBC Arts Online.

“We’re sure that this year’s intake will prove just as insightful and enticing to our audience who are always thirsty for knowledge.”

Since being selected among the first New Generation Thinkers in 2010, Dr Alexandra Harris has gone on to present a BBC Four programme about Mrs Dalloway and a Radio 3 documentary on the artist, Eric Ravillious. Professor Nandini Das presented BBC Four programme, The Cabinet of Curiosities earlier this year. A BBC Arts programme on Henry V’s spy and Scottish Independence, was developed by Professor Sarah Peverley.

Dr Parmar added: “All my predecessors are women and they are all brilliant, even though they each have very different research areas.

“I’m so proud to be part of the English Department; all of my colleagues bring their tremendous knowledge and passion for research to the classroom and that’s one of the reasons we have had so much success becoming New Generation Thinkers.”

Dr Parmar’s research explores avant-garde modernist women writers including Nancy Cunard, Hope Mirrlees and Mina Loy. She is currently writing and researching a novel about wheat cultivation during the Green Revolution in India, for which she received an Arts Council/British Council Artist’s Development Fund award. 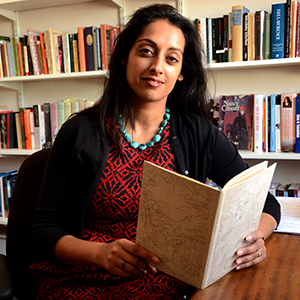