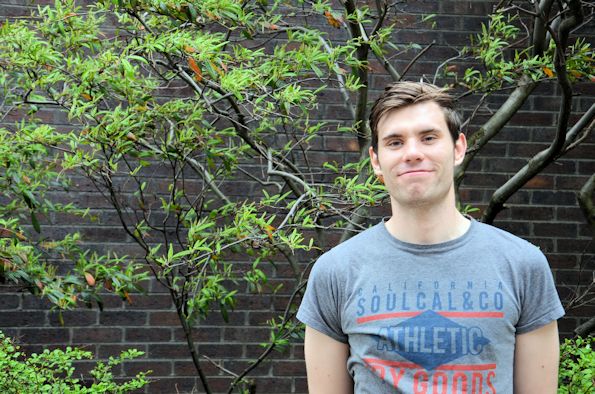 Jasper Miles, is researching the Labour Party and Electoral Reform for his PhD in the Department of Politics.

On further inspection this division has existed within the Labour Party since its inception and when electoral reform has appeared on the political agenda in the twentieth and twenty-first centuries, it has prompted debate within the party.

Three case studies will form the majority of the thesis, Plant Report 1990-1993, Jenkins Commission 1998 and the Alternative Vote Referendum 2011, with the arguments put forward by defenders of FPTP and supporters of reform, reanalysed and reappraised.

It will also contain an historical chapter from 1900 to the mid 1980’s and a theoretical chapter outlining pluralism, democratic elitism and Marxism.

My research is primarily interview based with those who sat on and contributed to the aforementioned events including current and former MP’s, Peers, Trade Unionists and academics.

Consequently, it is an elite level study of an elite level attitude which is being assessed as it is at the top of the Labour Party where the important policy decisions are made.

Additionally, a variety of different sources have been utilised to supplement the research; newspaper articles, journal articles, speeches in the House of Commons and House of Lords, diaries, memoirs, secondary literature and archival research.

As the electoral system is the method by which a political party enters the political system, changing the electoral system raises a number of issues for the Labour Party; the purpose of elections, voting and the House of Commons, the nature of representation, coalition and power sharing, the constituency link, the mandate and the manifesto, accountability and equality and fairness.

Whilst my research will be primarily theoretical and historical, issues of real politik will also be addressed.

For whilst political philosophy may be of importance to academics, the issue of electoral reform and proportional representation appears to be here to stay, even with the overwhelming defeat of AV in the referendum.

The result of the 2015 general election has once again prompted question of ‘fairness’ and ‘legitimacy’; a government elected on 37% of the national vote, the Greens and UKIP who received 1 million 4 million votes respectively each only returned 1 MP to Westminster.”