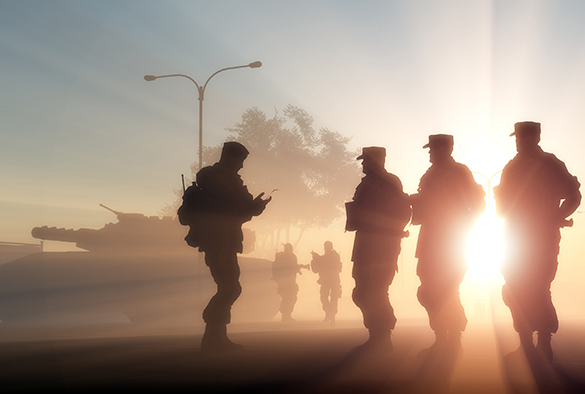 The transportation of fallen soldiers through Royal Wootton Bassett changed the way the British public marks the “consequences of war”, according to research conducted by the University of Liverpool.

Professor Sandra Walklate, Professor Gabe Mythen and Dr Ross McGarry, from the University’s Department of Sociology, Social Policy and Criminology, conducted four focus groups with local people and 12 semi-structured interviews with those involved in the repatriation process; including police officers, military personnel and council, church and education representatives, between October 2012 and February 2013.

They found a town united in its approach to the returning soldiers and their grieving families, even while the unpopularity of the wars that had claimed them – in Afghanistan and Iraq – represented the “elephant in the High Street”.

Dr McGarry said: “What Royal Wootton Bassett did was to bring into the public domain a way of mourning publicly in the context of politically contested wars.”

Historically, soldiers killed on the battlefield were buried close to where they had fallen, but in the wake of the Falklands War, families were offered the opportunity to bring the bodies of their loved ones home at the expense of the Ministry of Defence.

Between 2007 and 2011, soldiers killed in Iraq and Afghanistan were repatriated by military aircraft to RAF Lyneham, and the hearses carrying their bodies happened to pass through the town of Royal Wootton Bassett on their way to the Coroner’s Office at John Radcliffe Hospital in Oxford.

”The act of showing respect had its own local conventions that were tacitly sanctioned and deemed appropriate, with several respondents flagging up the fine line to be managed between showing respect and intruding on the grief of others”

An “unplanned and spontaneous” paying of respect began in the town marked by people gathering in large numbers on the High Street. This soon attracted visitors from across the UK and other parts of the world until the name, Wootton Bassett, became synonymous with the repatriation process.

Despite some variation in how mourning was practiced, the researchers found that people from and visiting the town, whether young or old, responded in the same respectful way; typified by silence.

Professor Walklate said: “The repatriation events at Royal Wootton Bassett were a complex mixture of public and private grief arranged and conducted in the public domain.

“For many local participants, the showing of respect was bound by unwritten rules of conduct, not simply about the arbitrary maintenance of order but also in terms of showing support for bereaved families.

“Thus, the act of showing respect had its own local conventions that were tacitly sanctioned and deemed appropriate, with several respondents flagging up the fine line to be managed between showing respect and intruding on the grief of others.”

“Interestingly, we found no difference between older and younger people in their understanding of the importance of silence. Clearly, it was central to maintaining due solemnity and indicative of showing respect.

“In contrast, the intentional breaking of silence was seen as taboo and deemed inappropriate.”

The result, researchers found,rendered the practice of repatriation “speakable”, with “important consequences”, not least the “thorny questions about geo-political military strategy” thrown up by the very public processes of mourning that were demonstrated at Royal Wootton Bassett.

Dr McGarry added: “In affording the space for an ‘intimate public’ to exist, Royal Wootton Bassett has changed the way in which we mark the consequences of war.”

“When you see lipstick kisses…” – military repatriation, public mourning and the politics of respect is published in the open access journal, Palgrave Communications. 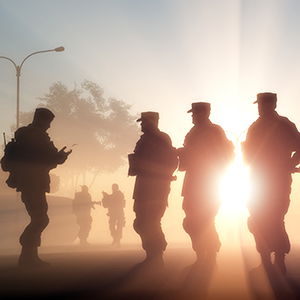