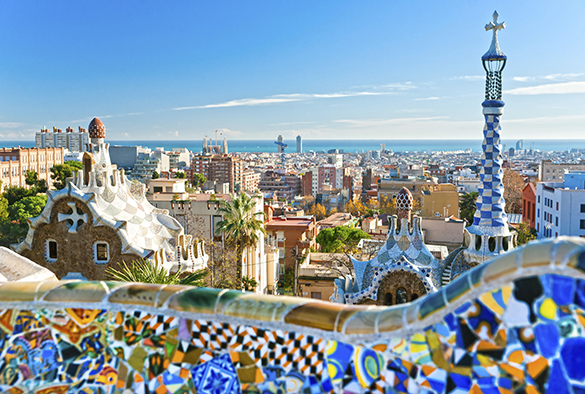 “Every year third year, Liverpool Geographers undertake fieldwork in Barcelona. One of the elements of the city they always comment on is the vibrancy of activist movements encountered on the streets of the city. Our students have seen Spanish students agitating against youth unemployment rates of 50%, against war, for an independent Catalonia, and in support of victimised car workers. They have visited squatted communities working with immigrants, an occupied former bank turned into a social centre and a co-operative organic farm in the hills above the city.

Barcelona is also inspirational for those interested in how formerly struggling cities can revitalise themselves. ‘Grey Barcelona’, the Manchester of Spain, on the wrong side of the civil war, famously revitalised itself on the back of the 1992 Olympics (only 15 years after the reintroduction of democracy) and pioneered a socially inclusive form of urban development. It is famously the only city to have won a RIBA medal for its regeneration model.

So, while our students interact with immigrants and protest movements, they also hear from Barcelona Activa, the city’s economic development agency.   Here they learn about what the city is doing to recover from the fallout of the 2008 crash.

These two sides of Barcelona came together with the election of Ada Colau as Mayor of Barcelona as part of ‘Barcelona in Common’, a grassroots movement of leftist parties, ordinary citizens and those activists from the indignados and occupy movements who have come together in other parts of Spain to form Podemos.

While anti austerity activists have recently been evicted from a former bank in Castle Street. Ada has graduated from bank occupations to high office.   “It’s a victory for David over Goliath,” she said, as news broke of her historical win.

Barcelona in Common has vowed to return decision-making in the city to the people; to do away with home evictions, increase public housing and redistribute the city’s wealth. Colau has suggested a complementary currency for the city as an antidote to austerity, and has promised to be paid 50,000 euros per year instead of 140,000 euros.

What are we to make of this?

In Greece, another leftist party, Syriza, was elected to power pledging to end austerity, but has found it harder to negotiate a new deal with its creditors: at the time of writing, the country seems to be heading for default and perhaps an untidy forced exit for from the Euro. If it is making plans for an alternative to austerity, they have yet to be revealed.

“‘Solidarity economy’ activists ask: How do we want to live, with dignity, together, in this world, in ways that enable others to do the same? How can we develop economic models that enable us to do that?”

In the UK, anti-EU politics seems to be dominated by the populist right in England, while the SNP is making noises against austerity – but as yet we see no concrete programme. Might Barcelona in Common be just the latest version of populism, making popular statements against unpopular policies, but without providing a convincing alternative?

I hope not: there are alternatives out there that can be drawn upon for a popular antidote to austerity. Across Spain, Greece and Latin America activists are talking about and creating what they call the ‘solidarity economy’.

Rather than starting with the question: How can we compete in the global competitiveness race, perhaps by balancing the books and lowering ‘uncompetitive’ wage rates, social security and environmental standards? Solidarity economy activists ask: How do we want to live, with dignity, together, in this world, in ways that enable others to do the same? How can we develop economic models that enable us to do that?

They change the use of banks from places from which money is printed and loaned out to people who cannot afford it with predictable results, to places where people with no hope can find support.   Enterprises deemed unprofitable are taken over – recovered – by sacked workers and run co-operatively. Communities come together to support each other and oppose evictions. This is a politics of hope that does not blame foreigners or public sector workers for mistakes made by the banks, for which we all have to pay through austerity.

So far, so good. Of course, some people have always protested against austerity: in Liverpool, we know this from the experiences of the city’s ‘militant’ Local Council in the 1990s, regularly (and unfairly) disparaged as an example of ‘tow town politics’. So Liverpool’s Mayor Anderson tries to build bridges with, not oppose, the government.

Barcelona in Common shows another way is possible. What perhaps is different is that now Barcelona in Common can begin to use local government, in alliance with the solidarity economy activists, to really start to develop alternatives: much as in the 1980s some radical Labour controlled local authorities developed alternatives to Thatcherism.

Liverpool today is packed with social enterprises and community groups, and the council has worked with them to mitigate the worst of the cuts: but it has not worked with them to develop practical alternatives to austerity. Rather, that logic is accepted.

To give a concrete example, Barcelona in Common has suggested creating an alternative currency for the city. In the UK, towns and cities like Lewes, Totnes, Stroud and Bristol have created a local currency. In South Germany, Cheimgauer local currency circulates in an area seventy miles around a lake. Ithaca in New York has had an hour based local currency for nearly 20 years. While these local currencies are valuable demonstrations of an alternative austerity, in practice their utility has been limited by their small scale.

Enthusiastic support from a grassroots movement in power in a major city that sees local currencies as a way to support citizens to create solidarity based alternatives to austerity, new forms of employment and production that enable us to live as we would like to, with dignity, could be game changer.

Whether it will be or not we need to see. “Traveller, there is no path: paths are made by walking”. The movements in Barcelona are travelling this path, asking questions.

We look forward to the answers.” 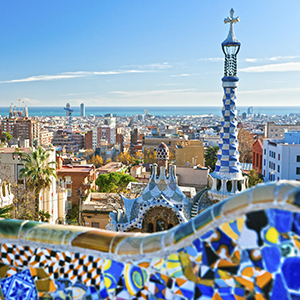