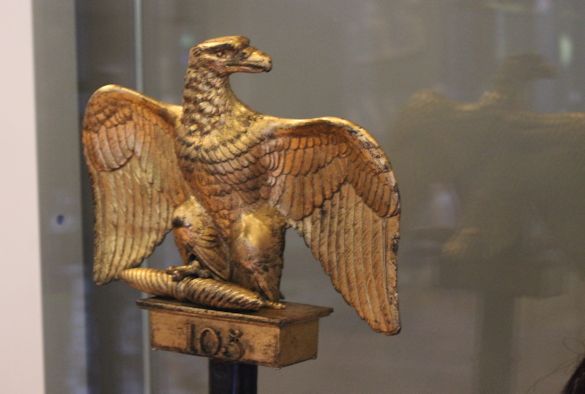 A number of objects from the Battle of Waterloo will go on the display in the University’s Victoria Gallery & Museum (VG&M) as part of a nationwide programme to commemorate the 200th anniversary of the famous battle.

The exhibits include the eagle standard finial of the French 105th Regiment, one of only two taken from Napoleon’s army, a Legion of Honour medal said to have been taken from the dead body of a Colonel in the Imperial Guard at Hougoumont and a camp and kettle stove reputedly used by an officer of the French Dragoons at Waterloo.

The exhibits, on loan from the National Army Museum, join the VG&M’s important collection of `Waterloo Teeth’ – so-called because the Battle of Waterloo produced such a huge supply of human teeth taken from fallen soldiers. Dentures using human teeth were subsequently known as ‘Waterloo teeth’.

Leonie Sedman, Curator (Heritage) at the Victoria Gallery & Museum, said: “We are thrilled to display the Napoleonic Eagle Standard and other exciting loans to complement our own collection of Waterloo teeth. The Battle changed the course of European history, and we are privileged to be able to display these original objects from the battlefield itself.”

The exhibition is part of a wider programme of exhibitions organised by the National Army Museum to mark the 200th anniversary of the Battle of Waterloo. Locally, this includes exhibitions at the Museum of Liverpool and the Williamson Art Gallery & Museum in Birkenhead.

A programme of events will accompany the exhibition starting with a family friendly activity event on Saturday 6 June. Visitors can discover more about the Battle of Waterloo with a soldier re-enactor who will recount tales of the battle, watch a miniature re-enactment of the battle and make a Battle of Waterloo medal and rosette.

National Army Museum Director General, Janice Murray, said: “We’ve thoroughly enjoyed putting these exhibitions together, and want as many people as possible to engage with the personal stories that were shaped by the battle and its aftermath.”

The Battle of Waterloo was waged in Belgium on 18 June 1815 when the Duke of Wellington and his forces halted the advances of the French Army. The Battle is significant for many reasons not least because it saw the end of Napoleon’s reign and heralded a long period of peace across Europe. It also marked an important stage in the development of the British Army because of the recognition each soldier received.

Waterloo Lives: Relics & Remembrance opens to the public on Saturday, 6 June and runs until Saturday, 24 October 2014.

Waterloo Family Friendly Workshop takes place on Saturday 6 June from 11am to 4pm. The event is free and no booking is required.

Further details about the exhibition and the VG&M can be found at the website www.liv.ac.uk/vgm 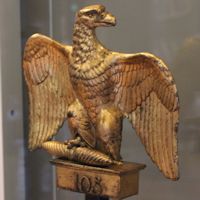