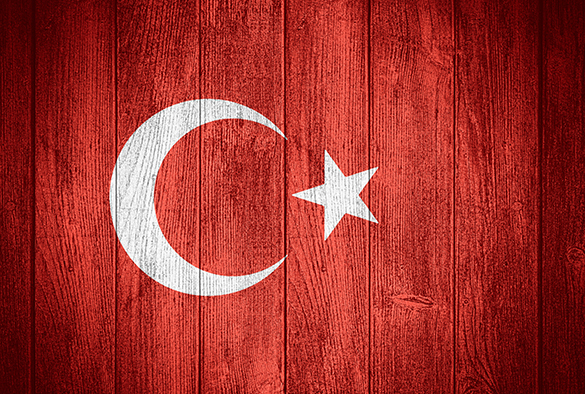 “The general elections in Turkey saw the pro-Kurdish People’s Democratic Party (HDP) cross the 10% threshold needed to gain representation in Parliament for the first time. It gained about 13% of the vote which will translate into 79 seats in Ankara. President Erdogan’s Justice and Development Party (AK party) lost its majority and will gain only 258 of the 276 sought to secure another term of one-party governance.

HDP is the result of an alliance between the Democratic Regions Party (BDP) and other smaller pro-Kurdish groups on the left of the political spectrum. Led by its charismatic leader and human rights lawyer Selahattin Demirtas, HDP is promoting a broad pro-European and social justice agenda, and a special commitment to achieving reconciliation between the Kurds and the wider population in Turkey. Turkish voters have clearly rejected Erdogan’s presidentialist, neo-Ottoman project, but will Demirtas succeed in advancing matters on the Kurdish front?

The Kurdish question has been on the political agenda since the disintegration of the Ottoman Empire in the aftermath of the First World War. The Treaty of Sèvres from 1920 envisaged the possibility of independence from Turkey for the Kurdish population within the framework of the League of Nations – a possibility that never materialised as the Turkish War unfolded and a new secular Turkey intent on suppressing any form of ethno-cultural diversity emerged out of it.

”Since 2002, the prospect of Turkey’s accession to the European Union has led the Erdogan government to improve the situation of the Kurdish minority by allowing Kurdish culture and identity to be acknowledged in TV broadcasting and to be taught in school”

Non-Muslim religious minorities as opposed to ethno-national groups fared better under the Treaty of Lausanne from 1923, benefitting primarily Armenians, Jews and Greeks. Nevertheless, the treatment of religious minorities proved equally difficult, as reflected over the years in the Armenian genocide debate, the ostensibly ‘voluntary’ population transfers agreed between Greece and Turkey at the same time as Lausanne was being signed, as well as more recent legislation returning assets seized by the government during the 1930s to non-Muslim groups.

Since 2002, the prospect of Turkey’s accession to the European Union has led the Erdogan government to improve the situation of the Kurdish minority by allowing Kurdish culture and identity to be acknowledged in TV broadcasting and to be taught in school. Still some form of permanent political settlement has been an extremely difficult objective to achieve.

The radicalisation of Kurdish claims with the rise of the Kurdistan Workers Party (PKK) in the 1970s led to a violent conflict with the military in the southeast of the country, and an additional wave of repression for the Kurds more generally, including the banning of pro-Kurdish organisations (moves that have been consistently condemned by the European Court of Human Rights). The violence declined with the capture and imprisonment of PKK’s leader Abdullah Öcalan in 1999. But it was not until recently that the government officially began talks with PKK and other pro-Kurdish representatives, and a ceasefire was announced.

The Peace Process: A New Role for Human Rights?

HDP’s crossing of the unusually high (and widely contested) threshold for Parliamentary representation in Ankara, coupled with AK’s loss of a majority for a one-party rule, could very well mark the beginning of a new constructive phase of the peace process. Moving away from the formerly separatist ambitions of the Kurdish movement, HDP is now firmly and openly embracing the language of democracy and human rights as a basis for reconciliation within Turkish society while critiquing the status quo in a bid to advance the peace process.

Several pro-Kurdish organisations have come to support democratic regional autonomy for Kurdish provinces or even forms of cultural autonomy for more dispersed Kurds living in western Turkey or adjacent areas. HDP’s newly gained solid representation in Parliament is expected to provide backing for that. At the same time HDP is reaching beyond core Kurdish voters to develop a broader liberal-socialist platform for all minority groups in Turkey, including women’s issues, religious and sexual minorities.

The stakes are high, and what the future holds (starting with the coalition government that will have to be formed) remains unknown. At the heart of this political debate will be the chances of fostering a pluralist and inclusive notion of Turkish national identity that is capable of accommodating pro-Kurdish non-separatist and non-sectarian perspectives on the reconfiguration of the state. Neither exclusionary nationalism nor separatism have proved workable. Intellectuals and policy analysts are discussing proposals involving degrees of self-rule or power-sharing, and this process can only expand following yesterday’s results, at least in terms of public discourse.

From an international law and human rights perspective, autonomy arrangements as part of wider participatory and human rights-based governance processes within the state have proved viable legal and policy tools of conflict resolution in Europe and beyond, with the Åland Islands example dating back as early as the early 1920s.

To discuss models of autonomy, I will join a pool of international independent experts and Turkish academics that support the scholarly work of the Human Rights Research Network in Turkey. In September I will speak at a workshop on ‘Autonomy as a Minority Right’ which has been organized by the Network at the University of Lund in Sweden and will act as a panellist in a separate public debate over Turkey.

I will also join a follow-up event that the Network of Turkish experts will organize in Ankara in 2016 together with other leading national and international scholars and policy-makers. Needless to say, the individual views expressed in the context of this project do not and will not represent the opinions or policies of any academic group or institution” 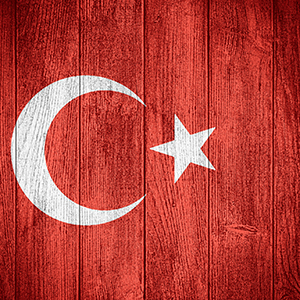