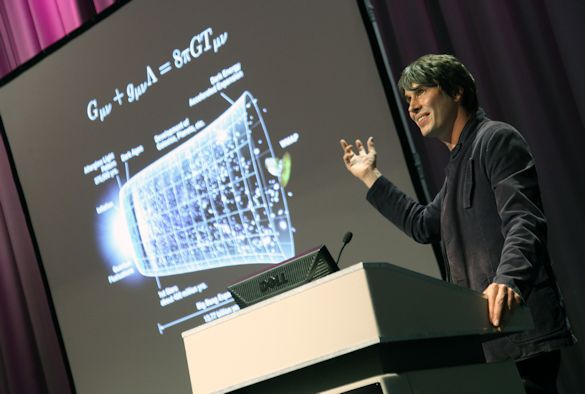 Hundreds of delegates attended an international Symposium on Lasers and Accelerators for Science & Society which aimed to inspire and inform youngsters about science and the application of lasers and accelerators, in particular.

Delegates comprised researchers from across Europe, A-level students and teachers from local school and the general public.

The Symposium also showcased projects from researchers at the forefront of this exciting field of science and engineering through an interactive poster session with questions and answers, which gave young delegates the opportunity to see how scientists are pushing back the boundaries of knowledge. 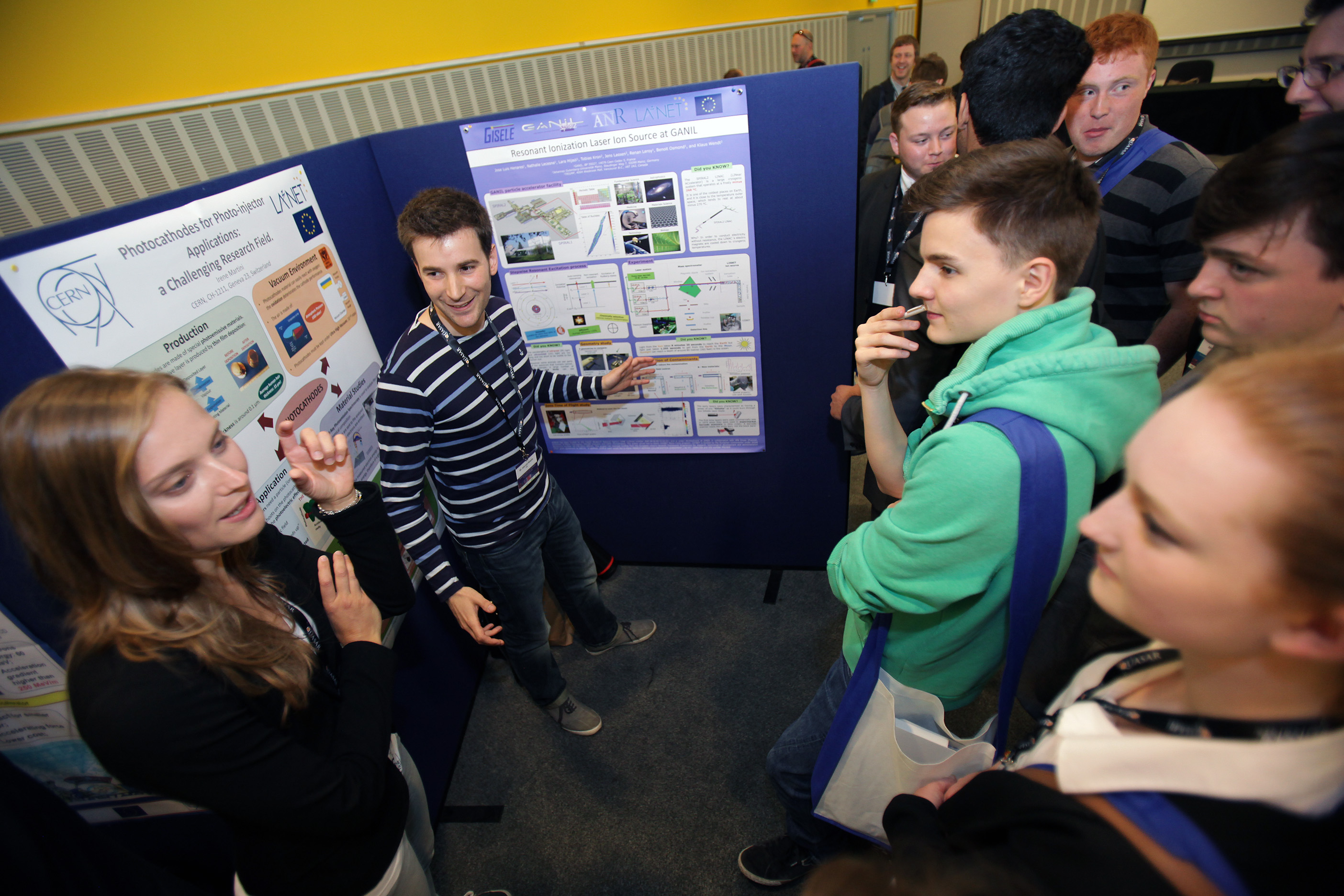 Accelerator science has applications across all sectors of industry and healthcare, which allows it to accurately target cancer tumours, understand the structure of biomolecules such as proteins and complex chemicals, measure strain in jet engines, create new materials and understand the secrets of the universe itself.

The event, which took place the Liverpool Arena and Convention Centre, was coordinated by Professor Carsten P. Welsch from the University of Liverpool’s Department of Physics and the Cockcroft Institute at Daresbury.

He said: “This discipline offers enormous opportunities not only for scientific discovery but also professional development.  Research Fellows from the training networks oPAC (optimization of particle accelerators) and LA3NET (lasers for applications at accelerator facilities) have in three years become experts in their discipline, as well as developed skills in physics, engineering, IT, data analysis and project management.”

“The involvement of partners from industry and academia and the opportunity to work at research institutions across Europe has provided training that would be impossible by one company or one country alone.”

Both of the training networks have been recognised by the European Commission as an international “success story” and is considered to be amongst the very best research and training programmes in the world.

Other speakers included Professor Grahame Blair, Executive Director of Programmes for the Science and Technology Facilities Council (STFC), who used his presentation to explain how particle accelerators can be used as research tools, and how they can recreate the conditions of the Big Bang, making it possible to test fundamental theories about the universe.

He said: “The Large Hadron Collider at CERN enables us to create unique conditions not seen anywhere else on Earth and it was successful in allowing us to test many of the most advanced theories. In the process we are also learning about how to create high-energy particle beams and control them effectively. This is where beam diagnostics are important; by developing these tools the technology can be used in other applications.” 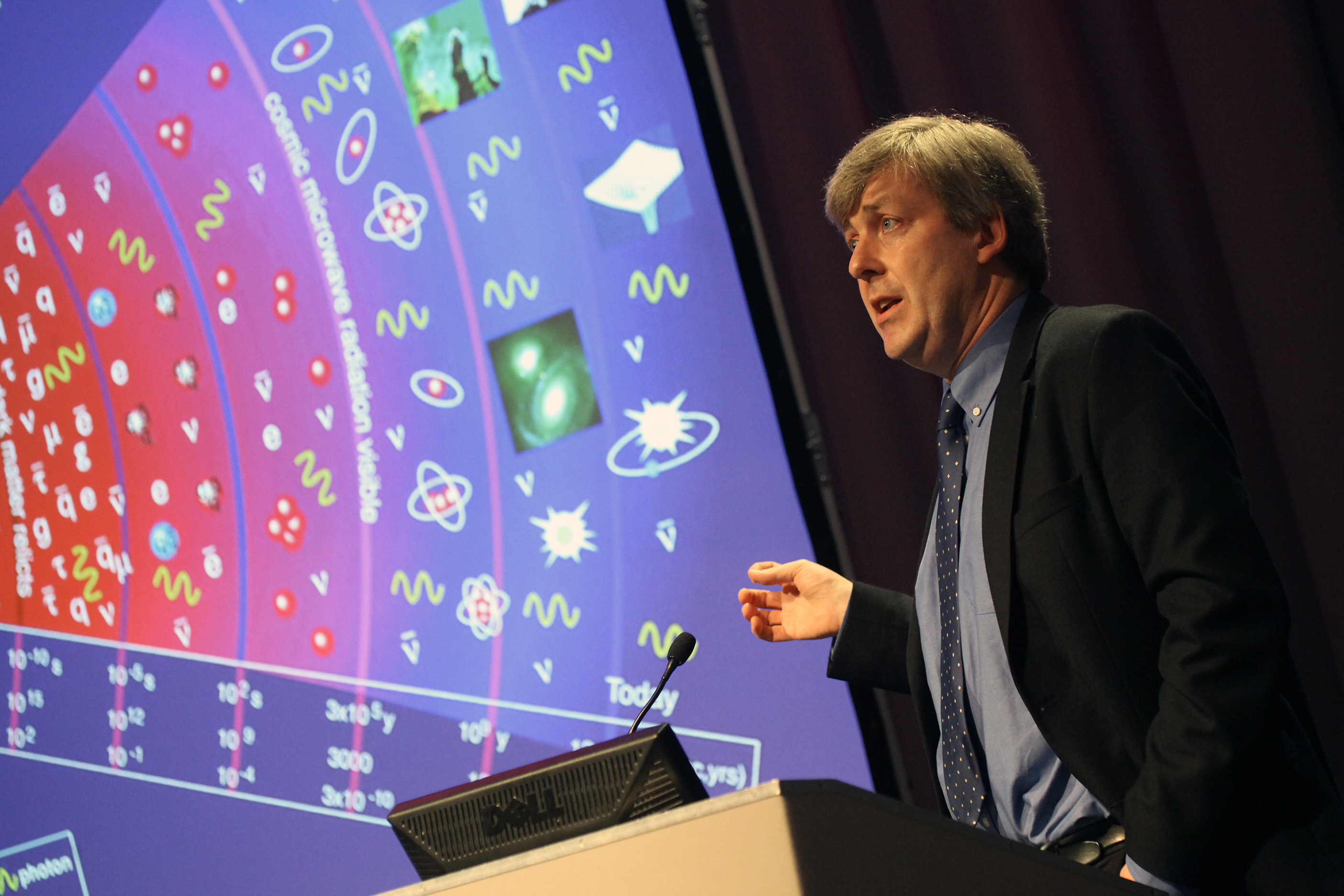 Professor Blair also explained how accelerators are used to create x-rays for use in material science, chemistry and biology and how the Diamond Light Source was used to fast-track the development of a new type of vaccine during the foot and mouth disease outbreak.

Feedback from the delegates was very positive and Paul Taylor, Head of Physics at Merchant Taylors’ School, commented: “This event has been inspiring for his students, many of whom are now considering studying physics at Liverpool or Manchester universities.”

Presentations from the speakers at the symposium are now available to view online. 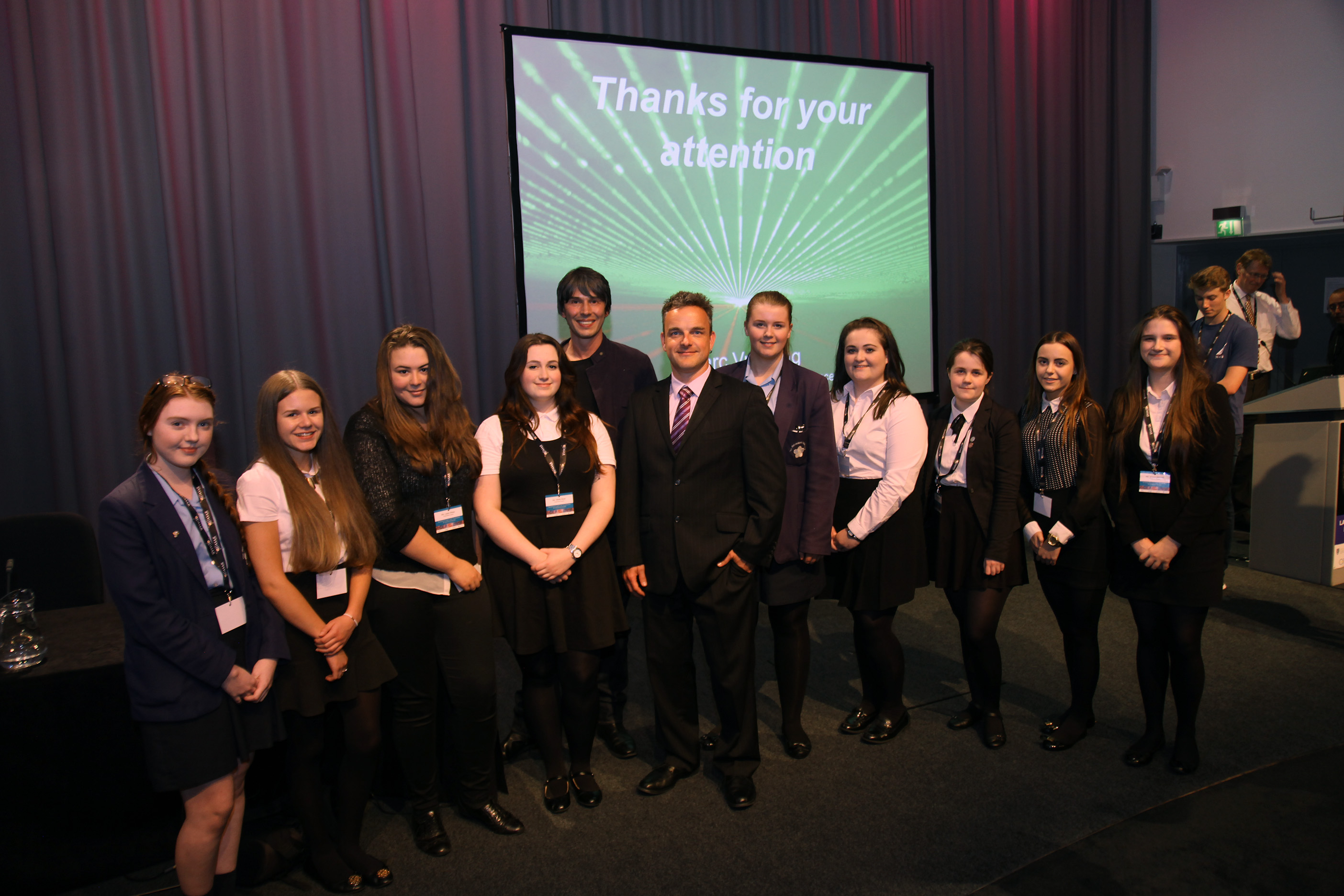