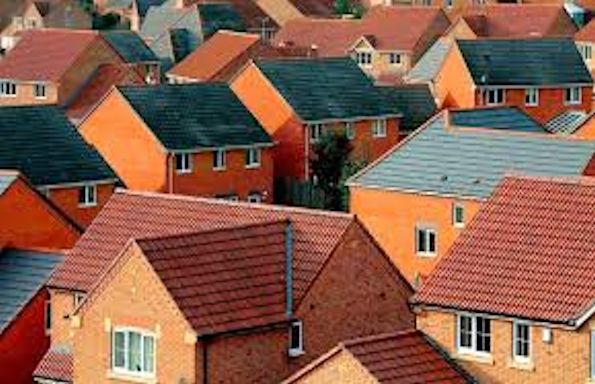 Dr John Sturzaker is a Lecturer in the University’s Department of Geography and Planning:

“George Osborne has proposed yet another round of planning reform, by my count at least the seventh in the last 18 years.

This round, as with most of the others is because, according to the Government’s Fixing the foundations: Creating a more prosperous nation report, England’s “excessively strict planning system” is responsible for the fact that “The UK has been incapable of building enough homes to keep up with growing demand”.

The report points to the previous two rounds of reform over the last Parliament as being successful, because “planning permissions and housing starts are at 7 year highs”.

There are two problems with this argument. The first is that the increase (or decrease) in the number of houses being built in the country has very little to do with the planning system.

The increase in planning permissions and housing starts in the last few years correlates almost exactly with growth in the global and national economy – as more people can afford to buy houses, so the amount of houses built increases. This is basic economics.

The second that to blame the “planning system” is disingenuous at best.

Planning is simply a tool to assist with decision-making. The system, or indeed planners themselves, do not make these decisions – politicians do.

The hard fact for George Osborne is that politicians have, over the last twenty years and more, declined to grant planning permission for new housing in the areas where it is most needed. The principal reason for this is that we, the electorate, do not generally welcome more houses being built near us – we’re worried about traffic, the local environment, the view from our windows, and ultimately often our house prices.

We are not afraid of telling our elected representatives this, often in the strongest terms. Since turkeys don’t vote for Christmas, politicians are not going to do something which is guaranteed to provoke local disgruntlement and a consequent risk to their seat – whether local council or parliamentary.

Nothing in this latest batch of reforms addresses this fundamental contradiction – as a nation, we need more houses, but very few of us want to see them built near where we live.”