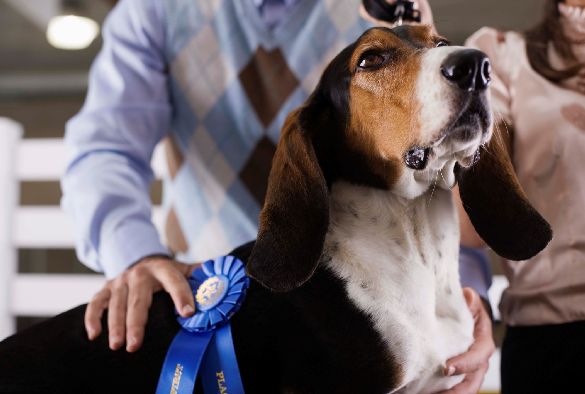 One in four dogs competing at Crufts is overweight, researchers at the University of Liverpool have found.

The competition is the largest show of its kind in the world, showcasing the best physical and behavioural qualities in a variety of canine breeds. Research, published in the Veterinary Record, however, reveals that up to 26% of some of the best show dogs, such as pugs, Basset hounds, and Labrador retrievers, are actually overweight.

The team studied more than a 1,000 images of 28 dog breeds that had been placed between first and fifth in their class during competitions from 2001 to 2013. They graded the body condition of each dog and found that of the 960 suitable for assessment, 74% were in ‘ideal’ condition, but 26% were overweight.

Scientists used photographs to assess the body condition of the dogs by assessing a number of visual characteristics, especially of the abdomen, such as the presence of an ‘abdominal tuck’. The method used had been validated in a previous study, involving photographs from over 100 dogs, with results correlating very well with measurements of body fat made by dual-energy X-ray absorptiometry (a precise and accurate technique to determine fatness).

Dr Alex German, from the University’s School of Veterinary Science, said: “These results are consistent with findings from a study undertaken in the Netherlands, which demonstrated that 19% of show dogs were overweight.

“The results of both these studies are concerning because show dogs are assumed to be perfect specimens of their breed and, if significant numbers are overweight, this may ‘normalise’ obesity in the eyes of the public.  The reality is that this condition causes significant health issues for dogs, including arthritis and diabetes.

“We found that 80% of pugs, 68% of Basset hounds, and 63% of Labradors were overweight. When we consider hounds and Labradors were originally bred for hunting, bring in fishing haulage, and other fielding work, being overweight can be detrimental to their physiology and overall wellbeing.”

The Kennel Club, which organises and hosts Crufts, has introduced changes in judging criteria to emphasise characteristics that promote good health. The Liverpool team are working with the organisation to raise awareness of obesity amongst dog breeders and the general public.

The University’s Royal Canin Weight Management Clinic (www.pet-slimmers.com), which has recently marked its 10th anniversary, coordinates various clinical studies aimed at improving understanding of obesity in companion animals. The team, with the support of the Kennel Club, will now also work to educate breeders and the wider public in recognising overweight animals, so as to reduce the prevalence of this important canine disease.

Dr German said: “We want to ensure that the widespread media coverage of these competitions does not influence owner perception on the best body shape for their dogs. Arthritis and diabetes are now a common condition in obese dogs, as well as respiratory diseases and some types of cancer. Working closely with partners, we hope to help tackle these issues to improve the health and wellbeing of companion animals.”

“In 2014 we introduced the ‘Breed Watch’ scheme, designed to act as an early warning system to increase awareness of possible health problems in specific breeds.  As the research looked at images up to 2013, the effects of this initiative have not been taken in to account.

“We strongly believe that the show ring can positively influence the health of dogs, since judges are trained to only reward healthy dogs and we are looking forward to welcoming Alex German to our upcoming breed health seminars where he will be discussing obesity.” 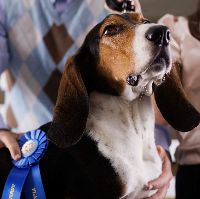