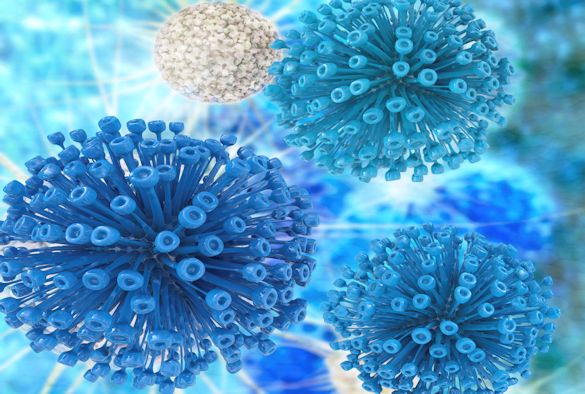 HIV can continue to grow in patients thought to be responding well to treatment, according to research by the University of Liverpool.

During treatment the HIV virus hides in blood cells called CD4 T-lymphocytes, which are responsible for the patient’s immune response, by inserting its own genetic information into the DNA of the CD4 cells.

A study by the University’s Institute of Infection and Global Health measured the levels of integrated HIV in the CD4 cells of patients undergoing uninterrupted treatment for up to 14 years, comparing patients receiving treatment for different lengths of time. The researchers discovered that the amount of HIV found to be integrated in the CD4 cells was undiminished from year 1 to year 14.

The research demonstrates that whenever a CD4 cell multiplies to produce more cells, it copies itself and also copies the HIV genes. This process – a sort of silent HIV replication – means the virus does not need to copy itself, produce new virus particles, and infect new CD4 cells – but is automatically incorporated at the birth of the cell.

Anti-retroviral therapy is given to HIV patients to stop the production of new virus which prevents the infection and death of CD4 T-lymphocytes and the further progression of the disease .

Advances in anti-retroviral therapy over the last 30 years mean that most patients can have their virus suppressed to almost undetectable levels and live a long and healthy life. It had been thought that after many years of successful treatment, the body would naturally purge itself of the virus.

Professor Anna Maria Geretti, who led the study, said “This research shows that sadly, the HIV virus has found yet another way to escape our treatments.

“We always knew HIV is difficult to suppress completely and that it hides inside CD4 cells, but we always hoped that as the body gradually renews its CD4 cells then the hidden HIV would die out. We were surprised to find that the levels of HIV integrated in the CD4 cells didn’t reduce over the 14-year period.

“The good news is that we did not see any worsening over time, but the bad news is that these findings really cast doubt over whether HIV can be ‘cured’ by increasing immune cell responses against it – a strategy that now looks doomed to fail.”

The results are published in the journal BioMedicine.