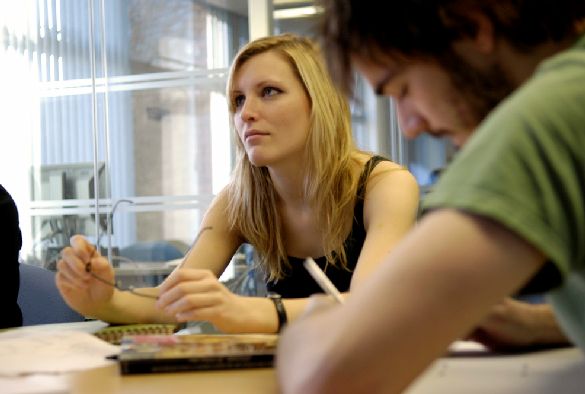 Ahead of next week’s A-level results, University of Liverpool Vice-Chancellor and Vice-President of Universities UK, Professor Janet Beer, writes for the UUK blog on the expected gender gap between men and women applying to universities.

“Now that nearly 25,000 Scottish students have received their results and been given places at university or college, we’re just waiting for A-level results day on 13 August for the culmination of this year’s university admissions cycle.

As in previous years, we’re expecting the gap between men and women applying to be big news. Of more than 500,000 students accepted onto higher education courses through UCAS in 2014, over half – 55% of them – were women.

The gap between men and women accepted through UCAS has been growing, and in 2014 only a quarter of 18 year old British men got places on undergraduate degrees via UCAS compared to a third of 18 year old women.

This trend looks set to continue in September 2015 as well. Figures released by UCAS on their January deadline this year show that 18 year old women from England were 1.4 times more likely to apply than their male counterparts, and by June nearly 100,000 more women than men had applied through UCAS. Obviously not all applicants are accepted and the final gap is likely to be smaller than this, but the difference is stark.

However, the picture is far from simply one of “women pulling ahead of men” as some suggest. It varies considerably by subject, with more men than women – and in some cases, substantially more men – accepted on courses in around one third of subject areas. For example UCAS data also shows that more than 85% of those accepted on engineering and computer sciences courses in 2014 were men. These two subjects have had the biggest growth in applications since 2010, have been highlighted by the Chancellor as “essential to our economic prosperity” and have some of the highest levels of graduate vacancies.

On the other hand, many of the subjects which accept higher levels of women than men also accept more students overall. In ‘subjects allied to medicine’, which includes nursing and midwifery courses, women made up 81% of the students accepted in 2014. This subject area accepted 52,000 students – more than double those accepted onto computer science courses in the same year.

When coupled with other big subject areas like art and design and biological sciences, which also have more women than men (though the difference between the two sexes in these is much smaller), the pattern behind the headlines become clearer.

This 5% gap has been consistent over the past five years. And this doesn’t take into account the differences in A-level and GCSE results of boys and girls. In fact, HEFCE have recently shown that in England once A-level attainment is taken into account, men are slightly more likely than women to enter undergraduate education.

The reasons behind these variations will almost certainly be multiple and complex. Disparities in enrolment at university and in the types of subjects studied are likely to be heavily influenced by continuing career stereotypes for men and women and the educational choices associated with them.

Universities are working with others to combat these stereotypes in initiatives like WISE, supporting women into STEM subjects, and the Amos Bursary, supporting young Black British men into university. But the consistent gender gap in acceptances is hard to find immediate solutions for.

Whatever comes out of the admissions data released by UCAS next week and into the new academic year, it seems that the gaps between men and women in university admissions will continue to merit closer scrutiny.”

This blog was first published on the UUK website.

One thought on “Is the gender gap in university admissions set to continue?”