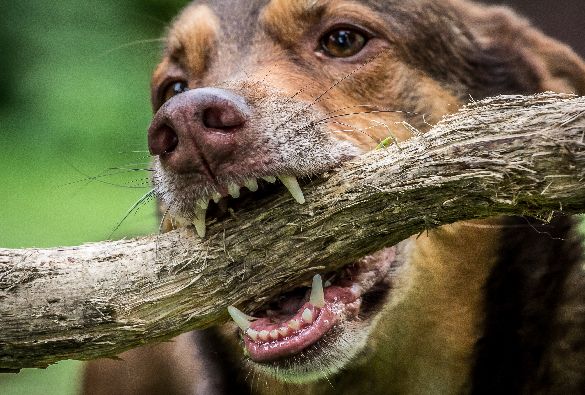 Scientists at the University of Liverpool have shown that educating pet owners about canine body language may not be the answer to preventing dog bites as originally thought.

Experts have argued that dog bites are preventable if owners are properly educated on how to read canine behaviour and identify high risk situations.  Until now, however, the effectiveness of this theory has not been evaluated in any great depth.

At a time when data suggests dog bite incidents are increasing, the team at Liverpool interviewed victims of dog attacks to gain further understanding into their perceptions of the experience.

They found that in some cases there was no interaction with the dog before the bite occurred and therefore no opportunity to assess behaviour.  There was a common tendency for victims to blame themselves for the attack, rather than the animal, or in cases where the dog was not known to them, they blamed the dog owner.

Even those who felt knowledgeable about dogs, perceived that a bite “would not happen to them”, and so despite the warning signs would continue acting in the same manner, suggesting that education on body language was ineffective as a preventative measure.

Dr Carri Westgarth, a dog behaviour expert at the University’s Institute of Infection and Global Health, explains: “Although this was a small pilot study, the findings are insightful. The responses from the victims we spoke to were multi-faceted, but had less to do with the human-canine relationship than we expected.

“Similar reactions are also typical in other injury situations, such as car accidents; it was the fault of another driver or ‘just one of those things.’  In these cases preventive methods also focus on reducing the injury caused by an accident, such as raising awareness of the importance of wearing a seat belt.  Our research suggests that we may need to incorporate a similar approach to dog bite injury.

“Nobody wants to believe that their beloved dog would cause harm, but all dogs have the potential to bite whether it be in aggression or in play.

“Preventing the situation from arising at all may not always be feasible. Reducing the damage caused when a dog does bite, through careful pet dog selection and training, is something we should aim for.”

The researchers highlight that there is not enough knowledge of how dog bites occur to know how to prevent them entirely. Raising awareness that ‘it could happen to you’ as often used in other campaigns such as drink-driving, will be required for successful dog bite prevention.

More work is also needed with dog breeders to supply dogs that are less likely to bite and that have inhibited bites that do less damage, moving away from a victim or owner ‘blame’ model to explain dog bite injury.

The research is published in the Journal of Veterinary Behaviour.