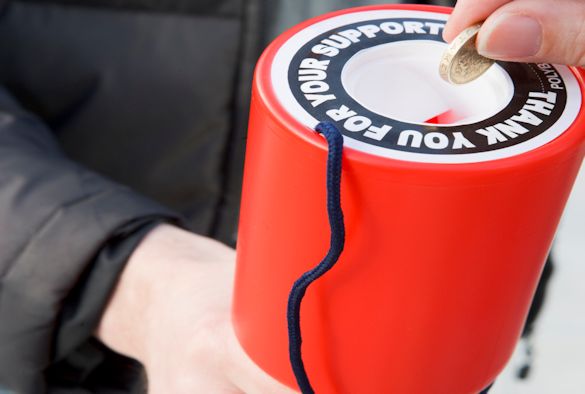 The recent closure of Kids Company brought charities into the spotlight.

John Picton, from the University’s Charity Law and Policy Unit, takes stock of the sector, both its problems and the benefits it brings.

How big is the sector in the UK?

There are some enormous and well-known charities, such as the British Heart Foundation and British Red Cross, with incomes in the hundreds of millions.

But financial size is not the best way to assess the sector. To look in terms of figures is to miss the point.

The National Trust has a very large yearly income, and holds property of great economic value, but its real significance lies in its long-term contribution to the public good.

Equally, while large charities might have impressive balance sheets, there are countless numbers of small and dedicated organisations, running on shoestring budgets.

What is the legal definition of charity?

This is a vexed question. Charity has a technical legal meaning, the key to which is the legal concept of public benefit.

Unfortunately, public benefit has not been defined by Parliament.

So while many charities operate without controversy, for others there remains a serious disagreement as to whether their work can be described as beneficial.

There is, for example, an ongoing debate about whether independent schools, which have charitable status, contribute to national life or harmfully reproduce social division.

The same is true for religious organisations, and even for poverty charities.

Unfortunately, much of the judge-made law that might otherwise resolve these disputes is old, unclear and complex.

This, in turn, generates legal uncertainty – and work for lawyers.

What tax breaks do they receive?

Estimates vary, but at the low end, the value of tax relief to the charitable sector is said to be about £4.5bn.

That is money lost to government and other welfare purposes.

The state takes a hit because it values charity more than its own spending.

An organisation classed as charitable for tax purposes will not pay on profits from trading, nor on rental and investment income.

It will not pay capital gains tax, nor taxes upon the purchase of property.

The Gift Aid scheme permits a charity to claim 25p on every £1 donated to it, so as to garner the income tax paid on that money.

How are they regulated?

With difficulty. Small charities might be run by volunteers who make up in dedication what they lack in knowledge of the rule book.

England and Wales share a regulator, the Charity Commission, while Scotland and Northern Ireland have their own.

All regulators maintain charity registers, issue legal advice to charity trustees and take enforcement action where there is misconduct.

This is a thankless and difficult task. The number of charities is very large, few resources are available and the law is unclear in places.

Why are some charities getting such a bad press?

Scandal is nothing new in charity. Throughout the 19th Century, concerns were raised about embezzlement and wasted funds.

However, the sector has suffered from a succession of recent bad news stories.

The Cup Trust, a large charity registered by the Charity Commission for England and Wales, was exposed for claiming far more in tax relief than it was spending on its charitable purposes.

Also, the death of Olive Cooke was reported earlier in the year.

Mrs Cooke supported numerous charities and at one point received 267 charity letters in one month, leading to suggestions being hounded for money had pushed her to kill herself.

But her family said, while the letters and phone calls had been intrusive, the charities were not to blame for Mrs Cooke’s death.

Most dramatically, the recent closure of Kids Company has exposed the sector to sustained and troubling publicity.

No single identifiable problem unites the news stories, but it would still be wrong to ignore the malaise.

Charities evidently suffer from regulatory problems, particularly the lack of a workable definition of public benefit.

That might be the place to start. Clear law should provide charities with a critical standard to follow.