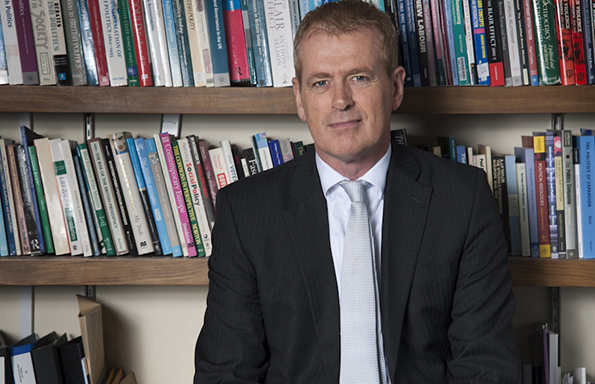 The first major political book to dissect the outcome of the 2015 general election has been co-edited by the University of Liverpool’s Professor Jon Tonge.

Britain Votes 2015 co-edited by Professor of Politics, Jon Tonge and University of Sheffield’s Professor Andrew Geddes, features contributions from a range of political commentators, including Professor John Curtice, whose exit poll provided the first in a series of dramatic twists on 7th May.

First out of the blocks

Professor Tonge said: “It’s great to be first out of the blocks with a book about one of the most dramatic elections in recent times.”

The title will be launched today at the Institute of Mechanical Engineers in Westminster, where a panel featuring Professor Curtice, alongside fellow contributors, Professor Tim Bale from Queen Mary University; University of Bristol’s Professor Sarah Childs and Professor Matthew Goodwin from the University of Kent, will lift the lid on an election that appeared to be heading for stalemate but resulted in the first majority Conservative government since 1992.

Professor Tonge said: “We look at regional and national breakdowns; Scotland is huge in that respect, and examine in detail the performance of all the political parties.

”In some sense you could say the outcome was decided at the 2010 Labour Party conference. We may well be saying the same thing in 2020, given what could happen on 12th September”

“There’s some very critical stuff on Ed Miliband. The party chose the wrong leader five years ago and nothing happened to change that perception. He was never able to close the gap on the two key issues of economic competency and leadership, so in some sense you could say the outcome was decided at the 2010 Labour Party conference. We may well be saying the same thing in 2020, given what could happen on 12th September.

“The Liberal Democrats were delusional and really believed incumbency would help retain some seats, because they had popular MPs, and refused to believe all the evidence to the contrary.”

Professor Tonge says UKIP, who picked up one seat despite polling in the millions, “remain very Farage dependent” but retain a niche given the Tories broken promises on immigration. While the Green Party, who shared a national debating platform with the major parties for the first time but failed to build on Caroline Lucas’ 2010 success, have supporters “who are very close to Labour supporters on quite a few issues.”

As well as the SNP landslide in Scotland, the book looks at Wales – “no longer such a Labour country” according to Professor Tonge – and examines Northern Ireland, in a chapter written by Professor Tonge, where he suggests “same sex marriage became a significant dividing line, alongside the old Protestant Unionist versus Catholic Nationalist fracture, which remains as acute as ever ”.

Professor Tonge, who makes frequent appearances in national media to discuss political matters, said: “I don’t see anything in the election that says Britain wants a party that will be softer, that will increase spending deficits or have no immigration controls.

“These policies may be laudable but the election did not see the country begging for them.

“Almost 12 million people voted Conservative while for Labour it was one of the worst election performances ever. They may still have a chance in 2020, provided they choose a credible leader.”

Britain Votes 2015 is published by the Hansard Society and Oxford University Press. It forms part of the Parliamentary Affairs series. For more information, visit https://www.picatic.com/britainvotes2015