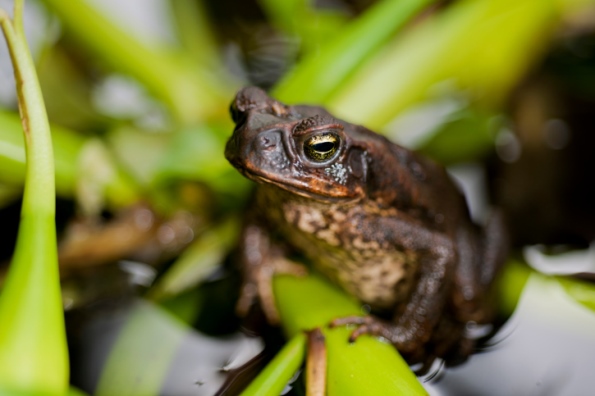 Scientists from the University of Liverpool and Liverpool School of Tropical Medicine (LSTM) have shown that evolution can be highly predictable under certain circumstances, especially in terms of how animals become resistant to dangerous toxins.

Biologists, looking at the control of malaria, have known for some time that mosquito populations often become resistant to insecticides designed to kill them, but in a new paper published in the journal PNAS, researchers examined the response of a variety of insects, reptiles, amphibians and mammals to a natural selection pressure in the form of cardiac glycosides – toxins produced by certain plants and toads for defence against predators.

The team, which also included colleagues from institutions in Wales, Australia and Israel, found that the evolution of toxin resistance in all of the different animals that eat these toxin-producing plants and toads is the result of highly similar molecular changes in one region of one particular gene, showing that responses to a selective challenge can lead to highly predictable evolutionary responses.

A fundamental debate within biology is whether evolution is unpredictable due the involvement of random variables, or can be constrained along predictable pathways. Convergent evolution, where similar changes occur in unrelated species, plays a central role in that debate, but examples of convergence are rare at the molecular level and have previously been limited to groups of related species.

However, this study found that, across all of the different animals studied, toxin resistance evolved because of two amino acid changes in a specific part of one gene which prevent the cardiac glycosides from binding and therefore being toxic.

Kevin Arbuckle, a postdoctoral researcher from the University’s Institute of Integrative Biology who worked on the project said: “Resistance to these toxic defences gives a huge advantage to predators and herbivores as they can eat foods which other animals can’t, and as a result we find that it has evolved many times across the animal tree of life.”

LSTM’s Dr Nick Casewell, one of the lead authors, adds: “Given the negative impact on native species in Australia following the introduction of the cane toad, our work could provide a simple method for testing the vulnerability of native species to invasive toxic toads.”

“The repeatability of evolution in this system will allow us to easily determine which species have the susceptible or resistant versions of the gene, thereby allowing conservationists to prioritise the protection of species at high risk and take preventative steps necessary.”