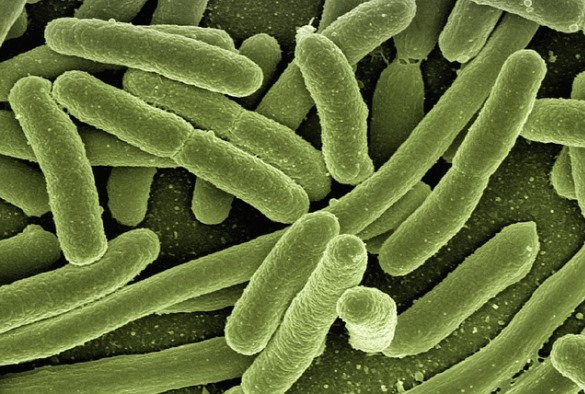 Scientists from the University of Liverpool have shown that a virus which turns E.coli bacteria toxic also enables them to resist stomach acid so they can infect people more easily.

Although most types of E. coli are harmless, and are an important part of a healthy human intestinal tract, some types can produce a toxin that causes abdominal cramps, bloody diarrhoea and, in more serious cases, kidney failure. This “Shiga” toxin is produced as a result of the bacteria being infected by a virus known as a phage.

Phage-infected E.coli are also extremely resistant to stomach acid, which enables them to cause illness in humans following the ingestion of only 10-100 bacterial cells.

A virus in control

In this study, a research team led by Dr Heather Allison at the University’s Institute of Integrative Biology has demonstrated that this resistance is not an actual trait of the E. coli, but is instead controlled by the infecting virus.

Through examining gene expression profiles of uninfected E. coli and E. coli infected with a Shiga-toxin-producing phage, they observed a striking change in the ability of the infected E. coli to survive in acidic environments.

They also identified that this acid resistance is controlled by a single viral gene, demonstrating that the virus is controlling the behaviour of the cell.

Since the first E. coli O157:H7 outbreak in 1982 the number of bacterial hosts that have been infected by Shiga-toxin-producing phages has grown, which is a concern to scientists.

Dr Marta Veses Garcia, first author of the study, said: “This study provides another piece of information about what is driving the dissemination of these viruses across bacterial populations – their host cells have acquired additional traits that help them spread, in what is a real life example of the tail wagging the dog.”

Dr Allison added: “Understanding how Shiga-toxin-producing phages affect their hosts is essential if we are to both predict and model the spread and emergence of disease-causing E.coli in the future.”

The research is published in Applied and Environmental Microbiology and was funded by the Biotechnology and Biological Sciences Research Council.