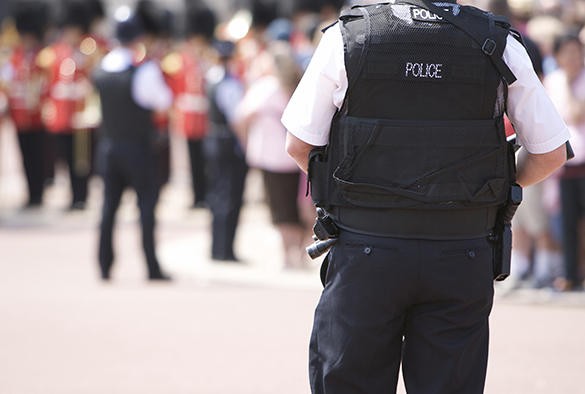 In England and Wales the introduction of directly elected Police and Crime Commissioners (PCCs) in November 2012 was heralded by the government as a great democratising transformation, ensuring that police would be governed through the ‘democratic’ electoral process rather than the ‘bureaucratic’ performance management process. Many interested parties, from the Association of Chief Police Officers (ACPO) to civil rights campaign group Liberty, were highly sceptical of PCCs from the start. Many critics of the move took a different view to the government on what makes policing ‘democratic’, emphasising liberal safeguards such as the ‘operational independence’ of the police and their subjection to the rule of law.

But critical policing scholars have long observed that even where these liberal safeguards are supposedly in place, police activity frequently reflects and reinforces the perspectives and interests of dominant groups in society at the expense of the marginalised and vulnerable. From this critical perspective the introduction of PCCs could be seen as just the latest gimmick aimed at rearranging the democratic window-dressing of an institution that is inherently and irredeemably socially divisive, economically regressive and politically repressive.

The aim of Policing and Democracy in the 21st Century, a recent one-day conference hosted by the International Criminological Research Unit (ICRU) at the University of Liverpool, was to bring scholars coming at these issues from different perspectives into dialogue with each other. This dialogue foregrounds the need to find a way for theories of policing, police and democratic policing to deal with what has been called the two-faced nature of police work, famously captured by Otwin Marenin in the title to his 1982 article: ‘Parking Tickets and Class Repression’.

In a book chapter due to be published in 2016, I expand upon this idea and argue that more fruitful explorations of the relationship between policing and democracy might be produced by embracing a more expansive conception of democracy than is the norm in our political system. This expansive conception would include explicit recognition that democracy and justice are mutually dependent, neither being possible without the presence of the other.

”This conception of democracy imposes the responsibility on citizens to take the views and needs of others into account, rather than merely gifting them the right to express their own privatised preferences. Democracy then becomes synonymous with the pursuit of just solutions to the problems which arise under social and political conditions of diversity and value pluralism”

According to this principle, truly democratic decision-making mechanisms must be inclusive of all those affected by their decisions and must not be subject to forms of domination. The ultimate aim of democratic processes, then, is not to give the government its authority through the aggregation of preferences, but rather to deliver what political philosopher Iris Marion Young has referred to as ‘the transformation of private self-regarding desire into public appeals to justice’.

This conception of democracy imposes the responsibility on citizens to take the views and needs of others into account, rather than merely gifting them the right to express their own privatised preferences. Democracy then becomes synonymous with the pursuit of just solutions to the problems which arise under social and political conditions of diversity and value pluralism.

Adopting aspects of Young’s political philosophy suggests a much more ambitious conception of what ‘democratic policing’ might mean, making it first and foremost an activity designed to provide effective support for social justice, a condition where citizens have equal opportunities to thrive and develop and to play a part in determining the circumstances of their own existence.

The next step in this process of reimagining democratic policing, I then argue, is to accept and work from the position that the activity of ‘policing’ should be considered as distinct from the modern institution we know as ‘the police’. Policing is not simply whatever ‘the police’ do. But, whilst the police stay at the centre of discussions about policing, it is difficult for us to imagine how policing could be other than it currently is.

”The next step in this process of reimagining democratic policing, I then argue, is to accept and work from the position that the activity of ‘policing’ should be considered as distinct from the modern institution we know as ‘the police’. Policing is not simply whatever ‘the police’ do”

Imagining policing other might include exploring how it could be turned increasingly towards finding more effective ways to address forms of harm (e.g. corporate and state violence, exploitation, poverty, environmental degradation) that arguably impact on social justice in far more fundamental ways than the rather narrow set of criminalised harms made visible and dramatized through everyday conceptions of the police role.

But to just leave matters there would do a disservice to the police organisation. We also need to recognise that the centrality of policing (conceived of as systems of surveillance, enforcement and sanction) in our understandings of the social value of the police organisation tends to understate drastically the important responsive, supportive and service functions that 60-odd years of police studies have highlighted as making up a significant proportion of police work.

The police intervene and take control in circumstances where it is hard to imagine which other group could do so. Their particular strength is what Egon Bittner called their capacity to take ‘decisive action’. Of course this can cause considerable harm (which is precisely why critical studies of the consequences of coercive and violent police action are essential for any consideration of ‘democratic policing’).

Unique authorisation to use coercive force

But there are also circumstances in which the police’s unique authorisation to use coercive force is essential in providing an effective response to an unfolding emergency or an authoritative solution to a situation that looks likely to get out of hand. In short, the police undertake some important interventions which few of us would wish to be without, not all of which can be adequately captured under the umbrella of ‘policing’.

All of which suggests that a more fruitful exploration of what democratic policing could mean would benefit from a broad social justice-oriented research agenda that would attempt to address the following questions:

(1)          What are the main threats to social justice and self-determination in today’s society?

(2)          What forms of policing are best suited to addressing these threats?

(3)          What does the public police’s ‘capacity for decisive action’ make them particularly good (and bad) for in society today?

The proposition which my chapter concludes with is that in order to get closer to the ideal of ‘democratic policing’ we may need to be willing to consider whether, as Robert Peel suggested to parliament back in 1828, we now require ‘a new mode of protection’.