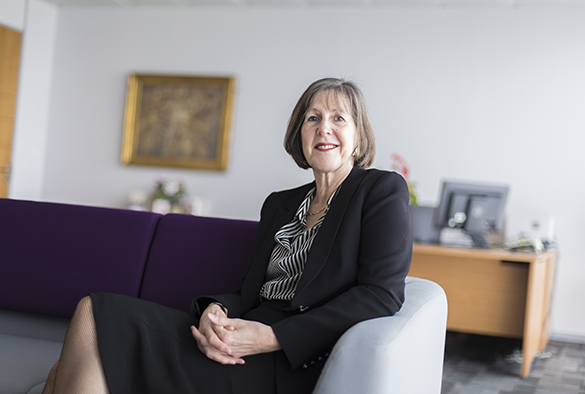 The national “in” campaign, to be called Britain Stronger in Europe, has announced its board.

Professor Janet Beer, Vice-Chancellor of the University of Liverpool and Vice-President of Universities UK has joined the board alongside leading figures from business, the arts, media, defence, education and politics to campaign to keep Britain in Europe.

“Being in Europe means we can achieve greater impact from our ground-breaking research, improving people’s lives through advances and discoveries. Pooling resources, expertise and data, we can achieve more together than we could alone.”

“In the European Union, universities can provide more life-changing opportunities for British students and staff, equipping them with the knowledge and skills they, and the UK, needs to succeed.”

Universities UK recently launched a Universities for Europe campaign to put universities at the centre of the European Union referendum debate. As part of this campaign university leaders committed to speaking out to highlight the value of European Union membership to universities and explain why this matters to British people, economy and society. Further details are available at: www.universitiesforeurope.com