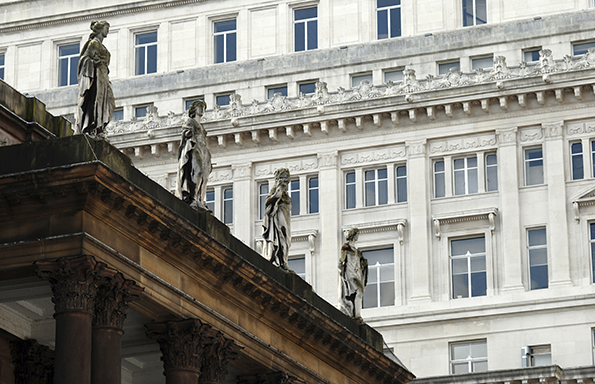 “Last week’s rumour, started by an unnamed Minister, that the Liverpool city-region was not considered ready to move forward with a ‘devolution deal’ with Government has set a cat amongst the Merseyside pigeons.  The city-region’s six local authorities, under the auspices of the Liverpool city-region Combined Authority, was one of thirty-eight areas, countrywide, that took the opportunity to submit devolution proposals, in early September, as part of the current Comprehensive Spending Review. It has always been clear that only a handful of those areas would make the initial ‘cut’ and acquire new responsibilities and resources in return for agreeing to move towards a new, directly-elected for the whole of their area.  For the Liverpool city-region, that would mean creating a ‘metro Mayor’ along the lines already agreed for the Greater Manchester and Sheffield city-regions.

The outcomes of negotiations that were triggered by the devolution deal submissions are not due to be announced, formally, until late November. Following the Minister’s comments, city-regional political leaders were quick to point out that conversations with Ministers and civil servants over the detail of the Liverpool city-region proposals are still ongoing. Liverpool Mayor Joe Anderson – the only directly elected leader amongst the six authorities – went so far as to suggest that those authorities that were not prepared to be party to a deal should ‘pull out’, and allow the process to continue with those that are. The comments attributed to the Minister nonetheless seem unequivocal. The Liverpool city-region proposals were considered ‘disappointing’ and read ‘more like a thesis of what they should say, rather than what they really wanted’.  Should the city-region miss the boat this time, and other northern city-regions achieve better traction with Government, it would likely put Liverpool and its neighbours at a disadvantage when it comes to helping turn Chancellor George Osborne’s dream of a ‘Northern Powerhouse’ into a reality.

For some commentators, failure to make a better fist of the devolution deal process would represent an unforgivable failure of local political will and imagination. It could see the Liverpool city-region relegated to the backwaters when it comes to taking control of important aspects of its future destiny. Others find it hard to see anything but poison in the Chancellor’s chalice. For the critics, devolution within England, at least as it is currently being pursued, is better seen as a way of implementing national expenditure cuts whilst passing blame onto lower levels of government. There is certainly no lack of heat in the debate between these opposing camps but there is not a lot of light. Indeed, it is a common criticism, even in those places that have made bigger strides forward in creating Combined Authorities that are fit for devolution purposes, that the process of ‘deal-making’ takes place behind closed doors, without adequate opportunities for public debate.

Phillip Blond, director of the influential Respublica think tank and author of the ‘Devo Manc’ proposals for full devolution of decision-making to Greater Manchester’s elected Mayor and Combined Authority, and

Prof Graham Wilson, Director of Boston University’s ‘Initiative for Cities’, who will put the UK debate into a wider context and examine the risks and rewards that come with having more powerful elected Mayors.

Do come and join us!”

Policy Provocations 2015 series opens on Wednesday 21st October from 6-7.30pm at the Victoria Gallery and Museum, asking England’s devolution dividend: New city-states or cities in a state? The event is free, but booking is recommended, visit http://www.liv.ac.uk/heseltine-institute/policy-provocations/