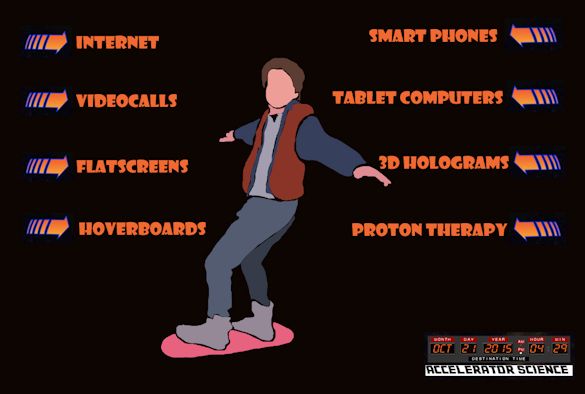 Professor Carsten P. Welsch, from the Department of Physics and the Cockcroft Institute, considers how the Large Hadron Collider (LHC), and its successor, the Future Circular Collider, take us ‘back to the future:’

“The world is gearing up for the biggest physics experiment ever and it will take us ‘back to the future.’

The LHC went beyond previously explored energy levels and allowed us to see something never seen before. By recreating the conditions found close to the beginnings of the universe, it concluded an era of fundamental physics that started with the splitting of the atom by Cockcroft and Walton and ended with the discovery of the Higgs Boson.

It has succeeded in proving the Standard Model, which is the basis for modern physics and explains the known world.

We are now entering a new age of particle physics that will probe the deep structure of space-time and will uncover new phenomena such as new forms of matter.

The LHC took over 25 years to conceive and build so planning by the European Circular Energy-Frontier Collider (EuroCirCol) has already started for a potential successor, the Future Circular Collider.  Proposed as a 100 km tunnel filled with powerful magnets, it aims to collide protons at energies of over 100 TeV. This cannot be achieved with the knowledge that we have today so it is spurring on a new ‘space race’ to develop new technologies and instrumentation.

Accelerator science has enabled the development of a range of technologies that benefit us in everyday life – including many that were predicted in the “Back to the Future” series, the first of which was being written as planning for the LHC started – and have been achieved before 21 October 2015, the date to which the characters travel in “Back to the Future Part II”.

The most iconic is the hoverboard; Lexus has recently produced a hoverboard which uses magnetic levitation. Very high field magnets are a direct result from accelerator R&D and were developed as part of LHC. EuroCirCol plans to push the boundaries and pave the way for 16 T magnets that are not available today.

Other technologies featured in the film and enabled by accelerator science include: video calls – the Internet was pioneered at CERN and enables the calls that Marty makes; tablet computers – these have been made possible by accelerators used in the development of silicon chips and the miniaturisation of electronics essential for smartphones and tablets; and 3D holograms – 3D ‘painting’ of tumours was developed for ion beam cancer treatment. The European Strategy for Particle Physics has outlined an inspirational goal that will drive the development of a new research infrastructure and focus the minds of the next generation of accelerator scientists on an ambitious target.

The EuroCirCol project is literally designing the future – who knows what technologies we will have in a further 25 years.”

The European Circular Energy-Frontier Collider (EuroCirCol) project (2015-18) is a conceptual design study for a post-LHC research infrastructure based on an energy-frontier 100 TeV circular hadron collider.

The University of Liverpool is a partner in the project which will receive 3M €uros of funding within the Horizon 2020 Research and Innovation Framework Programme. A conceptual design report will be delivered before the end of 2018, in time for the next update of the European Strategy for Particle Physics.