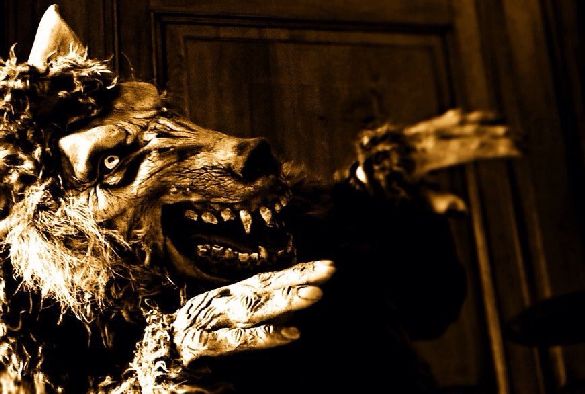 The Werewolf is a story about a knight suffering from a curse. Picture by Alex Cottrell

The University of Liverpool’s student theatre company, The Liverpool Players, will take centre stage at the Walker Art Gallery this month in the medieval play ‘Bisclavret’ (The Werewolf), as part of the Being Human Festival.

The Festival is the UK’s only humanities festival, and takes place across the region from the 12th to the 22nd November. It aims to provide new ways to experience how the humanities can inspire and enrich everyday life.

The Liverpool Players, a theatre group directed by Professor Sarah Peverley, will perform ‘The Werewolf’ as part of the Being Supernatural segment of the festival. It is one of many events in the eleven-day nationwide programme of big ideas, debates and activities aimed at all ages.

Being Supernatural begins with a public lecture by Professor Peverley on the concept of what it means to be human and the boundaries of humanity, highlighting how animals and supernatural beings function in medieval texts.

Following the lecture, The Liverpool Players will perform Marie De France’s twelfth-century story about a knight who suffers from a curse that continues to turn him into a werewolf.

Professor Peverley said: “The performance gives us a route into exploring what it means to be human, both in the past and present, and a way of looking at how medieval literature uses fantastic and imaginative realms to consider the human condition.”

Lead actor, Madelaine Smart, said: “Our adaptation offers a modern twist on this twelfth-century text and seeks to convey the deep ambiguities hidden within a seemingly simple tale.”

Professor Peverley’s Being Supernatural links to work she is currently doing on mermaids, a popular supernatural hybrid in the Middle Ages. Her talk centres on some of the texts that are taught within the Department of English, offering students who have encountered the supernatural in medieval literature a unique chance to see it performed on stage.

Being Supernatural is free and takes place at the Walker Art Gallery on Saturday 14th November 2015. The talk commences at 12.00pm, followed by performances of Bisclavret at 13:00 and 14:00.