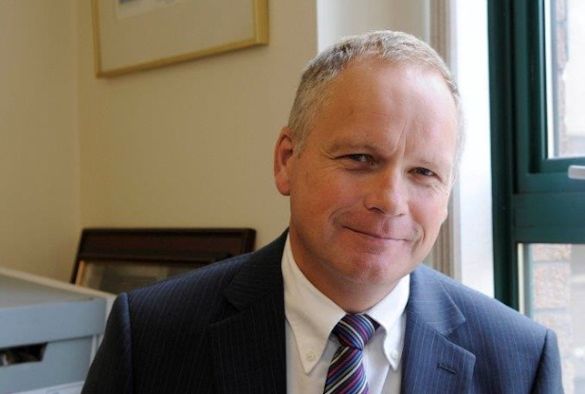 His lecture, ‘Friendship our weapon of choice?’ focuses on shaping future relationships in Northern Ireland and other parts of Britain.

Adopted by the Ulster Unionist Party and Conservative Party, Trevor served as joint candidate in East Belfast for the 2010 General Election. He was previously Co-chairman for the NI Conservatives and spokesperson for social development, culture and leisure.

Trevor has recently left NI Conservatives and is currently not affiliated to any political party. He is a member of the British-Irish Association which facilitates discussion on issues relating to these Islands and was on the British Council in Northern Ireland.

He was awarded an MBE for services to the community in Northern Ireland in the New Year Honours 2009.

Trevor also made 33 competitive appearances as a rugby player for Ireland, scoring nine tries. The majority of his appearances came in the Five Nations, with the remainder coming in the 1987 Rugby World Cup. In 1983 he toured New Zealand with the British and Irish Lions.

When the IRA ceasefire broke down in 1996 he and his former team-mate Hugo MacNeill, with the support of the IRFU, organised the Peace Match between Ireland and the Barbarians XV, made up of players from all around the World.

Since retirement from rugby, he has taken part in coaching and been a committee member of the Irish Rugby Football Union.

The loss of hope and political dialogue that speaks mostly of the past requires leadership and innovative thinking. Trevor will posit how best to achieve inter-community consensus between these islands.”

The talk will take place at the Eleanor Rathbone Theatre on Tuesday, 24 November at 6.30 pm and refreshments will be served in the foyer after the lecture.

The event is open to all but booking is required. To book a place please contact Dorothy Lynch at: Dorothy@liverpool.ac.uk.