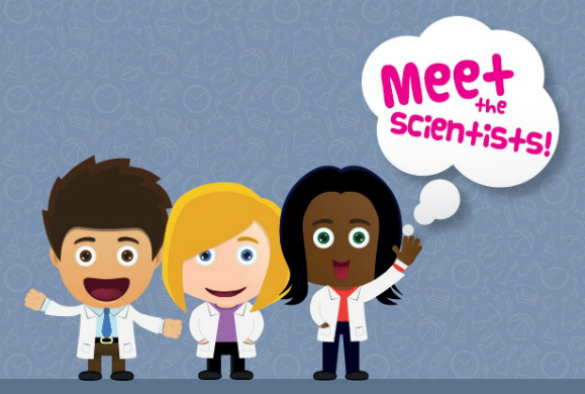 “I was invited to view exhibits on DNA, bacteria, animal behaviour, infection and the many different ways in which we talk about animals all over the world as part of an event launched by the University to engage more people with issues about health.

The event demonstrated the relationship between animals and humans, as well how important it is that we understand the behaviour and health of our pets.

The first exhibit was concerned with DNA and it was here that I met second year biology student Hannah Sharp. As she taught me how to make a DNA model out of sweets (!), she told me: “You can apply for a broad range of jobs if you are qualified at degree level in biology; for example you can work in a hospital laboratory and learn in great depth about how diseases occur and spread.

“A lot of people also opt for a degree in biology if they are considering taking medicine, but are unsure of whether or not they definitely want to.

“My inspiration to go into science was a film called Contagion, which shows how contagious diseases adapt and spread inside our bodies and potentially to those around us.”

After this exhibit, not only had I gained a broader range of knowledge on our genetic make-up and the options available to me if I wanted to study biology, but also walked away with some tasty ‘DNA’ sweets!

From DNA to a giant inflatable dog gut! Right in the centre of the World Museum’s foyer a giant ‘tunnel’ had been erected. Inside this mysterious and seemingly insignificant (from the outside at least) tunnel were objects representing the various parts of the gut of ‘man’s best friend’. Guiding me through this exhibit was a PhD student in infectious diseases.

Here I learnt that with a qualification at degree level one can enter into a government post, including research into how infectious diseases, such as swine flu, can break out very rapidly and without any substantial warning and how we can isolate these cases.

Students working in this discipline can also go into jobs that involve advising governments on how to respond to certain outbreaks so that whole countries are appropriately prepared.

This station demonstrated, however, that it isn’t just about diseases being passed from human-to-human, but from pet animal to human. It is essential to care for the health of your pet, just as it is your own bodies, as infection can spread in a variety of ways.

The next exhibit was particularly popular with visitors to the museum, as it emphasised the importance of looking after your dog’s health and wellbeing, including taking them out for walks at least twice a day and measuring out their food portions in accordance with recommended guidelines for various breeds.

With a number of dogs present at the exhibit, researchers were able to demonstrate that the best way to approach a dog you don’t know is to kneel beside it and stroke its side affectionately.

Dr Carri Westgarth, from the University’s School of Veterinary Sciences, showed visitors motion detectors on a dog harness that can detect how physically active a dog is, and by extension their owner.

This was, without question, the most original and thought-provoking station of them all. It explored the language we have developed to talk about animals using a purpose-built software that searched through millions of different animal references from fact and fiction.

I sat in front of the computer with the PhD student and typed in shark and the first set of results the software churned out was ‘hungry lemon shark.’ I found that my investigation into sharks brought up many reference to fear, which is not really surprising given its status in film – Jaws movie anyone?!

Fears of certain animals are very much apparent in the books we read; for example, the words and phrases used to describe the pigs both in ‘Animal Farm’ and ‘The Three Little Pigs’ depict pigs as greedy and dirty creatures, which isn’t necessarily true!

This first event in the ‘Meet the Scientist’ series was an excellent beginning and visitors can now look forward to two further winter season events exploring the human body and personalised health. I will be sure to make a return trip!