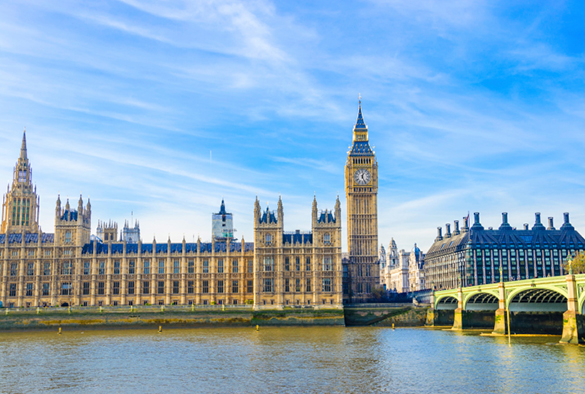 “Although mental illnesses can be every bit as devastating as physical injuries, for a long time the courts have erected barriers circumscribing who can claim compensation for negligently-inflicted psychiatric harm.

A Private Member’s Bill introduced by the Middlesbrough MP Andy McDonald aims to relax these rules. The Negligence and Damages Bill 2015 will have its second reading in the House of Commons on Friday 4th December and could radically transform English negligence law.

The current rules were established in the litigation which followed the Hillsborough disaster in 1989. In Alcock v Chief Constable of South Yorkshire Police, 16 relatives of Hillsborough victims sued South Yorkshire Police for negligence when they developed psychiatric illnesses after witnessing the disaster. The House of Lords dismissed all 16 claims and distinguished between primary victims (those who suffer psychiatric injury after being placed in physical danger by a careless defendant) and secondary victims (those who suffer psychiatric injury as a result of witnessing another person being killed, injured or endangered by a careless defendant).

Following Alcock, secondary victims are only awarded damages when three conditions are met. First, they must share ‘close ties of love and affection’ with the immediate victim of the defendant’s negligence. The judges in Alcock said that there is a rebuttable presumption that spousal and parent-child relationships will automatically satisfy this condition; those in other relationships must prove that they have the requisite closeness. The claims brought against South Yorkshire Police by siblings or grandparents of Hillsborough victims therefore failed. Furthermore, the claimant must have been in close proximity to the accident or its immediate aftermath and their psychiatric injury must have resulted from witnessing a sudden shocking event with his or her ‘unaided senses’.

The impact of the Alcock case remains controversial due to the arbitrary nature of these rules, which were justified on public policy grounds. The 2015 Bill is the latest attempt to implement reform of this area of the law since the Law Commission first examined the issue over 15 years ago.

Among other things, the Bill seeks to expand significantly the number of relationships which are presumed to involve a ‘close tie of love and affection’. Its provisions presume conclusively that relationships between siblings; grandparents and grandchildren; aunts, uncles, nieces, nephews and cousins; stepparents and stepchildren; friends; and colleagues all satisfy the ‘close tie of love and affection’. The Bill would also abolish Alcock’s ‘close proximity’ and ‘sudden shock’ requirements. These reforms would, first, bring many more people within the ambit of the law and, second, remove many of the obstacles which prevent claimants with psychiatric injuries recovering damages.

If the Negligence and Damages Bill’s provisions had been in force at the time of the Hillsborough disaster in 1989, it is likely that many, if not all, of the claimants in the Alcock case would have won damages from South Yorkshire Police. Set against the backdrop of the Hillsborough Inquests and the ongoing justice campaign, the 2015 Bill seems both timely and important.

Yet it is doubtful that this Bill will actually improve the law. The conclusive presumption that collegiate relationships are characterised by close ties of love and affection is likely to raise eyebrows. Relationships between colleagues typically develop in professional contexts which are not necessarily known for fostering the same sort of ‘love and affection’ which one might expect between family members. Moreover, it is possible for two people to be ‘colleagues’ in the sense that they work for the same multinational company or public institution and yet never have met. The conclusive presumption about friendships may also prove contentious. While there is no doubt that some friendships are underpinned by genuine affection between people who share common interests, the definition of ‘friendship’ can be rather elastic. Facebook, for example, encourages its users to create what can at times amount to artificial ‘friendships’ with people to whom they have only the most tenuous connections. Some may feel that requiring friends or colleagues to prove the strength and depth of their relationship is actually a sensible and sound judicial policy.

Imagine that Poppleton University carelessly caused an explosion in its Chemistry Department. Tom, a chemistry lecturer, was seriously injured. Dick, a passer-by, witnessed the blast and attempted to save Tom’s life by performing first aid, but Tom died in Dick’s arms. Harry, a lecturer in the English Department who had never met Tom, learnt about the incident the next day via email. If both Dick and Harry suffered psychiatric injury as a result of Poppleton’s carelessness, the law, if this Bill is enacted, would look more favourably upon Harry’s claim due to his collegiate relationship with Tom. This is despite the fact that Dick, who witnessed the explosion and attempted to save Tom’s life, arguably has a stronger moral case for damages than Harry. This can hardly be described as a coherent result.

Reform of the law in this area is long overdue. Yet it seems that the 2015 Bill risks making the rules even more illogical and unfair than they already are. It is hard to avoid the conclusion that major aspects of this Bill will need to be rethought before it reaches the statute books.”