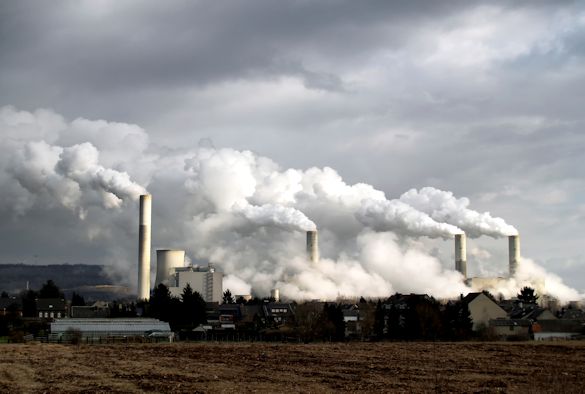 “The Paris climate agreement should be applauded, the first time that there has been a widespread political agreement to limit the adverse effects of climate change.

Why has there been this breakthrough? The broad scientific arguments as to the response to greenhouse forcing have been known for the last twenty years, as encapsulated in a series of substantial climate assessments by the Intergovernmental Panel on Climate Change.

There is a background rise in global-mean surface temperature over the last 50 years; a rise in global-mean sea level linked to the expansion of warm water and the addition of freshwater from the melting of ice on land; an increasing acidity of the oceans; and a decrease in the extent of summer sea ice in the Arctic.

At the same time, there is widespread public concern about the increase in extreme weather events, as marked by stronger storms and increased flooding. This enhancement in extreme weather events is consistent with the forcing from greenhouse gases making the atmosphere warmer and moister, even though proving this connection is difficult or not yet possible for regional events.

For policy makers, the climate community have demonstrated a rather simple relationship: the more carbon we emit, the warmer the climate becomes. This relationship is based upon simple theory on how the climate system responds to increasing atmospheric CO2 and is endorsed by a wide range of climate models.

However, there is a slightly unreal air to the agreement. Based on climate model projections, our current global carbon emissions place us on a warming trajectory reaching between 2.7oC and 3oC over this century. Thus, turning this climate trajectory round and limiting the peak warming to less than 2oC requires drastic action.

What can be done? This is where the hard work is needed. Much of the challenge will rely on developing new technology to use energy more efficiently, adopting non-fossil fuel sources and capturing CO2 from the atmosphere.

The University of Liverpool is well placed to make a serious contribution to this challenge.

We have already contributed to the science of climate change, particularly through the contributions on sea level science from the National Oceanography Centre based on our campus; see our videos providing a personal, historical and future perspectives of sea level change at OceanClimateAtUoL posted on YouTube based on the work at Liverpool.

The research in materials and energy at the University have a particularly important role to play: renewable energy research in the Stephenson Institute is involved in developing new photovoltaic cells and batteries and the materials innovation work offers the prospect of developing new materials to provide new technological solutions.

At the same time, there are important societal implications in moving to a non fossil-fuel future and there is an important role for the University to act as a beacon in communicating a way forward.”

Professor Williams’ research is currently addressing the science of climate change and he works closely with the National Oceanography Centre.

He has recently published on why global warming projections are proportional to cumulative carbon emissions (Nature Geosciences, 2015). One thought on “Viewpoint: Response to Paris climate agreement”