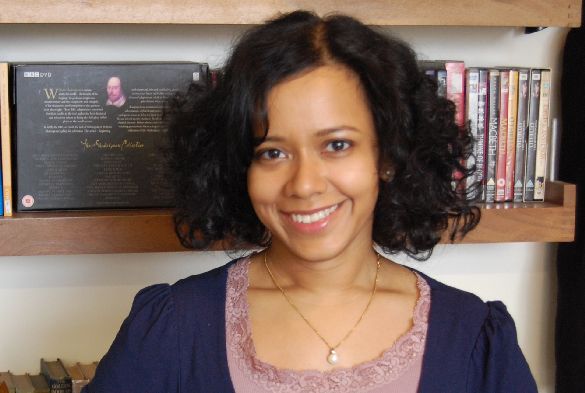 In episode two of the University of Liverpool’s new podcast series, Professor Nandini Das, from the Department of English, explores some of the earliest descriptions of Goa, India, through the eyes of 16th century European travellers.

Listen to episode two here and read a ‘teaser’ from the podcast below:

“Goa, India. Under a blazing hot sun, the sea glistens like mercury. The sand on the beach is white and fine. Come away from the beach, and slowly the houses and roads come into view. The houses look vaguely European, as if one has wondered into a Mediterranean city on a particularly hot summer – with its red-tiled houses and wooden shutters.

The streets are lined with shops. Here, someone is bound to try to sell you spices. There, jewellery and fabric of all kinds and colours. In another, imported bits and pieces from China. All around, there is a cacophony of voices.

Indians from all parts of the country are here – Gujarati, Tamil, Telegu, even snatches of Bengali from the far eastern side of the country. And there’s the foreign crowd, of course: Middle Eastern businessmen, European travellers either running in search of fortune or running away from whatever they want to escape back home, the glimpse of an African face in the crowd, even the occasional Japanese traveller, scrupulously taking everything in.

This was Goa in the 16th century, of course, and for a certain Dutch traveller who arrived here in the 1580s, it was all very strange. Here was no ‘New World’ – a blank slate on which the European traveller could write whatever history he chose, as the Spanish and the English were attempting to do in the Americas, establishing colonies as little markers of their presence in a vast land.

The Indies was part of an old world that even the ‘Ancients’ of Greece and Rome had referred to as old. The European visitors may not have understood its complex, intricate networks of customs and alliances, but they knew that those existed, that their presence, here and now, was attempting to leave a mark on thousands of years of history.

My interest in Goa began with the travel account this Dutch traveller published over a decade after his return from Goa. His name was Jan Huygen van Linschoten, and his book was called the Itinerario, printed in 1596. The Goa that Linschoten visited existed as Portuguese overseas territory for about 450 years until it was annexed by India in 1961.

Today, it is the name of a state within the Republic of India, with its capital at Panjim or Panaji. In Linschoten’s times, Goa referred specifically to what was the heart of the Portuguese empire in the Indies – a city of such strategic importance and grandeur that it was seen as Lisbon’s direct counterpart in the East: Goa Dourada, ‘Golden Goa’.”

To listen to the full podcast and other episodes in the series visit: https://www.liverpool.ac.uk/realise-podcast/