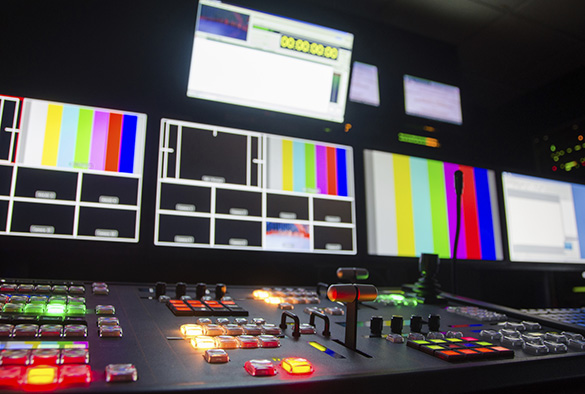 Perhaps it was a slip of the tongue, but something Baroness Neville-Rolfe said last week may have far-reaching repercussions for the future of British broadcasting.

The House of Lords was discussing the future of Channel 4, following up remarks made by David Cameron in the Commons suggesting that the Channel’s future might be best secured through privatisation. The tone was a concerned one. Their Lordships praised Channel 4 for its Paralympics coverage and for Channel 4 News, suggesting that a privatised channel would struggle to sustain programming of this sort. ‘If it ain’t broke, don’t fix it’, said Lord Chris Holmes, a Conservative peer and former Olympian. Baroness Olly Grender, a Liberal-Democrat, went further, accusing the government of placing Channel 4 ‘under threat of what looks like the equivalent of a one-off car-boot sale’.

Replying for the government was Lucy Neville-Rolfe, probably the only member of the House with blue hair. She reassured her questioners that the process for considering Channel 4’s future was an ‘objective’ one, that it was not ‘under threat’, and that the Channel’s unique remit to deliver innovative content with diverse appeal would be protected. But then she said it: The options that the government are examining represent ‘an important part of decisions on public sector broadcasting’.

For more than 90 years, the concept of public service broadcasting has been at the heart of the British broadcasting model. Broadcasters were tasked with offering their audiences ‘the best of everything’ – programmes whose goal was collective public benefit in the broadest sense – rather than simply courting popularity or revenue. Nowadays, the British public service broadcasters have lost their exclusivity and take their place in a broader multi-channel market. But they continue to occupy the top five slots in electronic programme guides and to set the standards for what has become one of the world’s most successful broadcasting systems, whether measured in audience satisfaction or in export revenues.

”Privatisation would raise money for the Treasury, while removing a public benefit organisation from public ownership and repositioning it to generate profit for private shareholders, with a likely focus on short-term profit at the expense of longstanding public service commitments”

Despite this, and regardless of Lady Neville-Rolfe’s assurances, British public service broadcasting is operating in an atmosphere of heightened threat levels. Channel 4 faces the possibility of a sell-off, apparently for ideological reasons – a move threatened by Margaret Thatcher’s Conservatives and successfully resisted in 1990. Privatisation would raise money for the Treasury, while removing a public benefit organisation from public ownership and repositioning it to generate profit for private shareholders – shareholders who, its Chief Executive warns, would be likely to focus on short-term profit at the expense of longstanding public service commitments.

An even greater threat may come from the BBC’s current Charter Review process. On the face of it, the recent Green Paper consultation about the future of the BBC seemed even-handed enough. But David Cameron’s governments have plenty of form in their dealings with the Corporation – the 2010 licence fee freeze, Cameron’s off-the-record election-time threat to ‘close down’ the BBC, and the sudden ‘agreement’ in July that the BBC must fund television licences for over-75s are three of the most obvious examples. So it is not surprising that supporters of public service broadcasting are suspicious of government motives.

Back then to Lady Neville-Rolfe’s words. Public service broadcasting is a phrase that embodies its own value – it is hard not to think of broadcasting that seeks to serve the public as a social positive, and this makes it difficult for its many ideological and commercial opponents to argue against it. Terminology matters. But Lady Neville-Rolfe spoke of public sector broadcasting. It sounds almost the same, but this is a term that simply refers to a funding model for broadcasting. It makes no claim to benefit anybody, and so – by implication – nothing would be lost if a different funding model were to be adopted instead. If public service broadcasting’s opponents can change the terminology, they may be able to affect the psychology of the debate itself. It will be fascinating to see whether ‘public sector broadcasting’ is a term that government spokespeople begin to adopt more widely. If they do, it suggests that worrying times are ahead for the BBC and Channel 4.

Strangely, there is an interesting precedent for this sort of terminological sleight-of-hand in the creation of ITV in 1954. Amid substantial opposition from supporters of the BBC’s monopoly, Churchill’s government introduced a Television Act which sought to establish ‘commercial television’ – a concept with obvious negative connotations in comparison with the publicly-funded BBC. But, following an inspired amendment, the Act as passed introduced ‘independent television’ – a notion which offered a much more positive appeal, as well as evidence that terminology matters in broadcasting policy debates.

More
Viewpoint: Select Committee and the future of the BBC 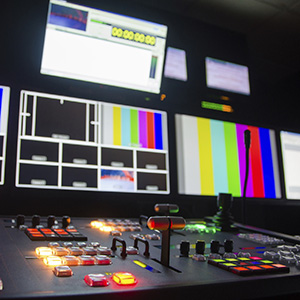