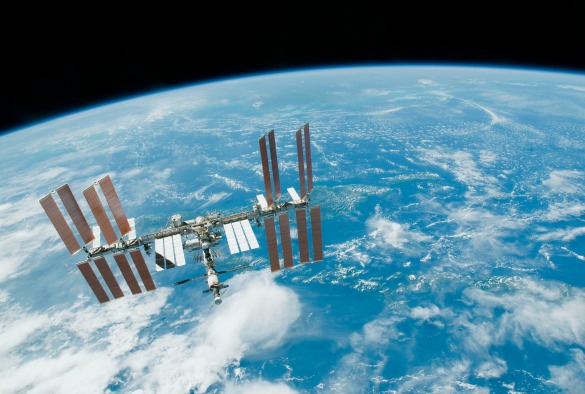 Professor Malcolm Jackson is Associate Pro-Vice-Chancellor for Research and Impact, Faculty of Health and Life Sciences.

“The launch of the Soyuz rocket carrying Tim Peake and his arrival at the International Space Station (ISS) has received justifiable publicity and reignited public interest and excitement in the UK in all things to do with space and the problems of living in zero gravity. He will spend six months on the ISS and for those of us with a research interest in ageing and musculoskeletal problems in the elderly there will be great interest in both the experiments that he will conduct on the ISS and in the changes that will occur in his own body during that time.

“It is well known that extended exposure to zero or micro gravity has major negative effects on a number of body systems with the potential for massive loss of muscle tissue and loss of bone mineralisation. The extended flights of the early Apollo astronauts demonstrated this to the extent that some had great difficulty in walking immediately on return to earth’s gravity. To mitigate this Tim Peake will be expected to undertake at least two hours of exercise each day on the specially modified treadmills and on other equipment that will allow him to undertake resistance exercise.

“This latter type of exercise is key to maintaining muscle mass and is usually undertaken by lifting weights, but since everything is weightless on the ISS different strategies must be employed. Recent work is also indicating that fluid shifts occur in astronauts during long term exposure to microgravity that may have deleterious effects on the eyes etc. and he and the other astronauts will be extensively monitored to document these changes.

“Many of the changes that will occur in his musculoskeletal system are similar to those that occur with prolonged bed rest on earth and have been proposed to be similar to those that occur in all of us as we grow old on earth. UK research funders, such as the BBSRC and MRC, have taken this on board and now support UK researchers who link with the European Space Agency (ESA) to work in this area with the argument that understanding the effects of microgravity can also inform us about such important biomedical problems.

“The ISS is also a very well equipped laboratory in which the astronauts are the laboratory technicians and Tim Peake will undertake state-of-the art research some of which will be on the musculoskeletal system. One highly relevant on-going study is examining the changes in muscle and other tissues that occur in colonies of a roundworm (Caenorhabditis elegans, a commonly utilised non-mammalian model for ageing studies) on the ISS. In this study several generations of worms are being kept in microgravity on the ISS for study in comparison with control worms kept on earth to try an understand more about the prolonged effects of gravity on the ageing process and loss of muscle structure.

“The research work on the ISS is funded by various space agencies, such as the European Space Agency (ESA) and the National Aeronautics and Space Administration (NASA), who sponsor projects proposed by academics and research organisations from around the world. In 2014 I chaired an ESA/NASA international panel of experts tasked with evaluating biological projects that have been submitted for potential application on the ISS. These covered a series of areas with the major focus on the role that gravity plays in biological processes at the molecular, cellular, organ and whole organism level.

“Such knowledge is particularly important to NASA in order to address the changes that occur with extended microgravity and which must be addressed before the proposed Mars missions. Such long flights will introduce many new biological problems, such as the effectiveness of wound healing in prolonged zero gravity should astronauts become injured during the flights. In this great adventure, Tim Peake and his fellow astronauts will therefore be undertaking research to find answers to numerous problems that are relevant to their own health in space, their own ageing trajectory and to the benefit of mankind.” 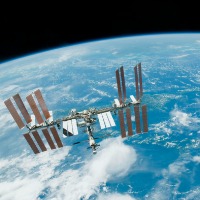