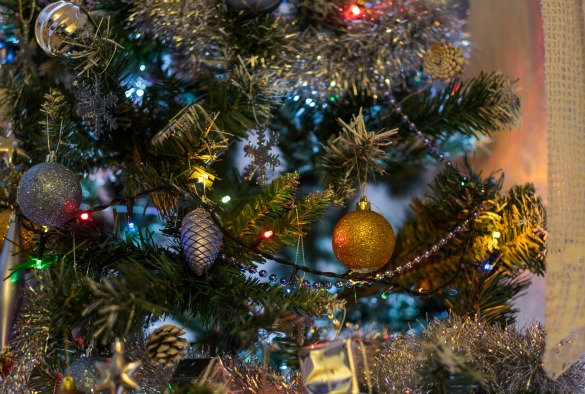 TV adverts usually portray Christmas as entirely cosy and happy. But this year’s advert from John Lewis points out graphically how, when we scratch beneath the surface, many of us think of the festive season as something to survive. Maybe that’s even more true in this year of continuing austerity.

So, although it’s nearly heretical to say it, Christmas isn’t always good for us. Everybody is different, but people generally feel good about themselves if they are physically healthy, if their relationships are close, trusting and loving, and if they feel that they are doing worthwhile things.

So Christmas can be tough.

We often find ourselves spending prolonged periods with people we might like a lot in small doses, but with whom we wouldn’t necessarily choose to spend an extended weekend. But unlike the Dickensian pictures on the cards, the weather is often merely wet and cold, and we’re stuck indoors with the in-laws. Normally, we have the chance to escape to work on the Monday morning, but tempers can get frayed over the ‘festive’ period.

We all know that the UK is struggling to keep its collective waistline within reasonable bounds, its salt and saturated fat levels under control, its collective alcohol intake down to levels that don’t induce brain damage and threaten road safety and to stick to the notional advice of ‘five portions of fruit & veg a day’.

Everybody knows that the rules don’t apply over Christmas. So we eat unreasonable – extraordinary – amounts; thousands of calories, mainly consisting of saturated fat and sugar. We don’t exercise – because it’s ‘rude’ to leave our guests unattended. We drink prodigious quantities of alcohol. And while we’re eating and drinking uncontrollably, and grumbling at innocent members of our family, we’re usually sitting watching the seventy-eighth re-run of The Great Escape. Our chances of doing something that gives our life meaning are limited.

Of course, Christmas is a Christian celebration… but for people like myself, without a spiritual bone in my body, the temptations of self-indulgent laziness are strong. Occasionally I do look up at the stars in the night sky and think about my place in the universe, the transience of existence and the necessity of each human being to develop and then live by their own moral code. Unfortunately, my moral code doesn’t include church on Christmas morning, and does seem to include slumbering through The Sound of Music with a glass of wine while simultaneously complaining about the situation.

Much more seriously, the fiction of Christmas has been written from the perspective of a prosperous, conventional family and the vaguely Judaeo-Christian dominant culture.

Many of us are poor – and embarrassed to be poor at a time of conspicuous excess – are single and often lonely, and have grave difficulties and challenges that don’t go away at Christmas. Those of us in fuel poverty are probably not hoping for a white Christmas.

So, all things considered, Christmas is a real and present threat.

Oliver Cromwell reportedly banned Christmas (more accurately, Cromwell was Lord Protector when the ruling ‘Godly Party’ abolished a swathe of Saints’ Days and holy days). But I don’t yet have that power.

Rather sadly, the best advice for surviving the festive season would be largely to ignore it. Or to treat the festive season like any other week. As with every day of the year, we should really be looking after our physical health.

I regard good food and drink as sensual pleasures, and I like my luxuries. But if I were to follow my own advice , I would at least try to be a little restrained. Perhaps a little French – by which I mean consuming small quantities of very fine food and wine, rather than very large quantities of mediocre quality. I’d try to stay active, and try to do something meaningful (rather sadly, I hope to do a lot of writing over the holiday period).

For very many reasons, charitable activity is a priority at Christmas, and that’s good, partly because people who give, particularly of their time, seem to benefit themselves as well as the people they’re helping. That could be interpreted as meaning that your time is the greatest gift that you can offer at a time when gift-giving is central to our celebrations.

But, although it’s a little trite to say it, for most of us, our relationships are probably the most important factors for maintaining our well-being. And Christmas is traditionally a time for family and friends.

So eat sparingly (but well). Drink a small amount of something very nice. Be careful. Stay active, alert and attentive. Be generous. And spend the Christmas period with people you love, doing things you enjoy.” 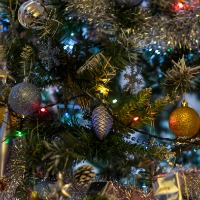