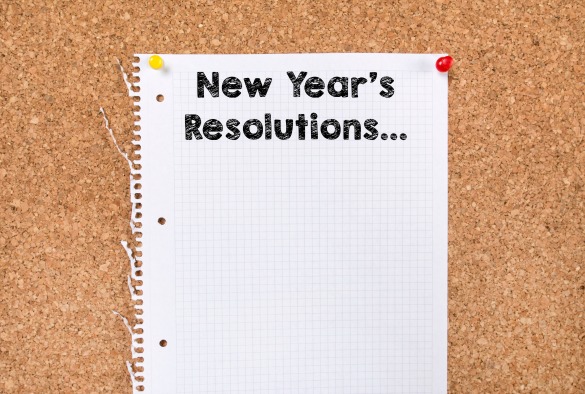 “People do a lot of unwise things at New Year. They drink too much, kiss people their better judgment would tell them to avoid, and stay out way past their bed-time. They also make New Year’s resolutions.

“About half of us apparently make New Year’s resolutions each year. These usually concern things such as weight loss, exercise, quitting smoking, excessive spending, working towards a qualification or addressing problems that were causing problems in relationships. Businesses know this. At the right time (just around the turn of the year) we’re bombarded with adverts designed to attract people who’ve just resolved to change something important in their lives.

Fail to stick to our resolutions

“Unfortunately, it’s pretty likely that most of us will fail to stick to our resolutions – at least if failure is judged in an absolute sense. In one study, 78% of people failed to stick to their New Year’s resolutions. So why does this happen, and what can we do about it?

“One problem with New Year’s resolutions is that they’re at New Year. People want to have an external reason – perhaps even an excuse – to reinvent themselves. It’s hard to change, so it’s tempting to use an external factor – the turn of the year – as a focus for our desire to change. But the very fact that we’re using the New Year to spur us into action might indicate that we’re not really able to do the hard work of changing. Indeed, the hype surrounding the New Year might mean that we’re over-ambitious and unrealistic.

“So perhaps the first two pieces of advice would be: if you want to do something, don’t wait until New Year; and don’t be over-ambitious or unrealistic.

“Richard Wiseman (a professor of psychology who has studied New Year’s resolutions, and offered sound advice on how to stick to them), found the people who failed to stick to their resolutions tended to rely on will power and suppressing their cravings, fantasised about how great it would be if they were able to be successful, and thought about the down-side of failure. Unfortunately, that didn’t seem to work.

“Willpower just isn’t very helpful, and thinking about the down-side of failure could well merely make people despondent (especially if we aren’t perfect all of the time). On the other hand, Wiseman found people tended to be a bit more successful if they set achievable goals, broke them down into doable steps, told their friends about their plans, and rewarded themselves for successes. It’s also very important to be aware that we all occasionally make mistakes. People who are successful in achieving their resolutions tend to accept this fact.

“This all makes perfect sense. You can imagine the recipe for a disastrous New Year’s resolution. You’ve been trying to lose weight for years. You’ve always failed. So this year, you’re going to wait until the 31st of December and hope that the cultural connotations will help you get it right this time. You resolve to give up, and try really, really hard. You imagine what it would be like to be fit and healthy, and punish yourself with images of obesity.

“You might even buy a month’s supply of fat-free rice-cakes, running kit, gym membership, and set an ambitious target. You are almost guaranteed to fail.

“Better – and I am aware that giving advice is dangerous – would be to start looking after your health as soon as you have the idea to make a resolution. There’s no particular reason to wait. Achievable goals – cutting out biscuits and reducing your weight by a realistic amount – would help. We often make promises in public, because we tend to be slightly more likely to stick to public commitments. So tell your friends that you’ve decided to cut out biscuits and go to the gym. When you’ve been to the gym for a week, reward yourself. OK, don’t buy yourself an ice-cream as a reward, but perhaps a new pair of shoes.

“Most importantly, perhaps, remember that we all occasionally lapse in our resolutions. If we respond to minor set-backs with inappropriate despondency, we may well be inclined to give up. And if we’re relying on will power, we’re in serious trouble. But if you remember that you’re making good progress towards your goals, and that – on average – you’re progressing well, you’re much more likely to succeed.

“Which means New Year’s resolutions are probably over-hyped. Sensible plans to address important issues in your life can be made any time of the year, and may be more successful for that. There are tips that will probably help you succeed, but the best advice to avoid breaking a New Year’s resolution may be just not to make one.”

This article was originally published in The Conversation.

The University of Liverpool is a founding partner of The Conversation. 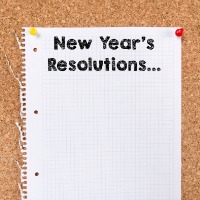