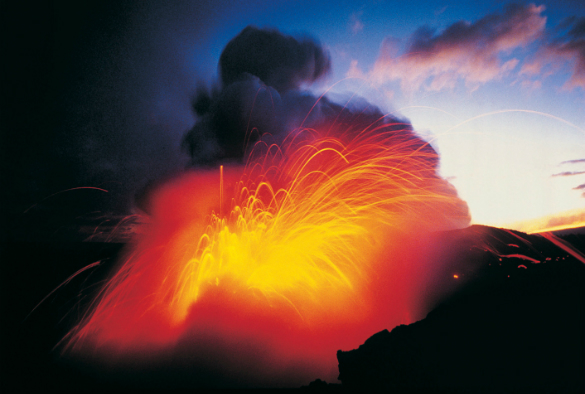 A new study into magma ascent by geoscientists at the University of Liverpool has found that temperature may be more important than pressure in generating gas bubbles which trigger explosive volcanic eruptions.

In a paper published in Nature, researchers at the University’s School of Environmental Sciences showed that as magma ascends in volcanic conduits, it heats up which can melt its crystal cargo and forces the formation of bubbles. Importantly, they also showed that more bubbles are formed by heating than through decompression, which had been previously thought.

The study, which combined field observation, interpretation of monitored data and controlled laboratory experimentations, provides a strong argument for the integration of temperature as a key control in volcanic eruption models.

Yan Lavallée, Liverpool Professor of Volcanology who led the research, said: “A good analogy to this is peanut butter: when it is too cold and viscous, we plunge a knife into it and stir to warm it up and make it more runny. With volcanoes, magma ascending in volcanic conduit also heats up and this helps them foam and erupt explosively.”

He added: “The fact that temperature may be more important than pressure in the generation of gas bubbles in ascending magmas is astonishing and requires immediate consideration from the scientific community. The fundamental nature of this thermal process will very likely find other important applications in earth sciences as well as in engineering in the years to come.”

Understanding magma ascent is central to forecasting volcanic disasters. It is not possible to always successfully predict volcanic events due to the lack of complete knowledge of the signals leading to catastrophes.

To reproduce the volcanic process, the researchers designed laboratory experiments to study friction in volcanic rocks. They found that friction causes a substantial amount of heat between two rocks which melts the rock and makes it foam.

In the study, they were also able to show how the action of ascending magma can be understood using seismometers to monitor earthquakes and tiltmeters to measure ground deformation.

Volcanic eruptions are often compared to uncorking a bottle of champagne. Pop the cork out slowly and the wine bubbles up (foams), gas comes out and the wine settles. When it is uncorked rapidly, the cork shoots up in the air, followed by a messy splash of wine across the kitchen.

These two opposite scenarios also occur with volcanoes which can erupt lava flows or explosively erupt fragmented bits of lava, including volcanic ash. It had been thought that the decrease in pressure experienced by magma as it ascends through the crust and erupts at the Earth’s surface, causes it to foam. This new work suggests that heating may be more important than this decompression in controlling eruptions.

The research, published in Nature, was funded by the European Research Council (ERC) and involved international collaboration with volcanologists in Guatemala, Germany, USA, and New Zealand. 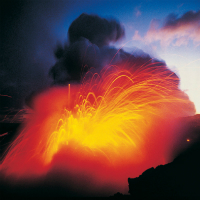