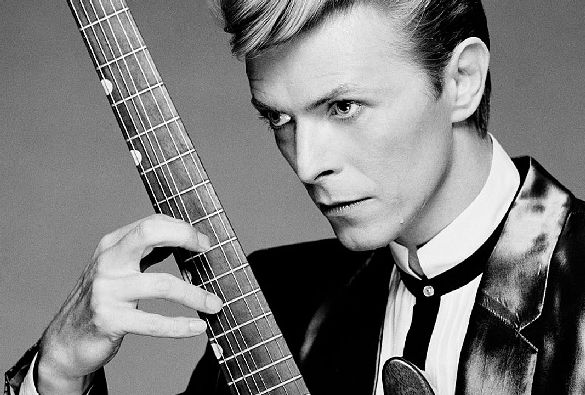 Professor Michael Spitzer is the Head of the Department of Music.

“This was the week that the world lost two of its musical giants: David Bowie on 10 January, and Pierre Boulez five days earlier.

Boulez was the closest we had to a modern Beethoven or a Wagner. He did it all: reinvented the language; founded institutions; conducted symphony orchestras; wrote books. But it is Bowie we mourn, whilst Boulez got scarcely a mention on the BBC news.

Why is that? Well, at one level, it’s no mystery at all. The forbidding French avant garde composer, or the Brixton boy with 140 million album sales? Boulez’s glittering sound palaces are consciousness-raising, but perhaps not for everybody. Yet there was something particularly acute about the fascination Bowie holds for generations of music lovers. It speaks to music’s power to sustain and give meaning to our lives.

Over his 40-year career, Bowie’s music afforded both continuity and change. Continuity: it was the soundtrack to our lives. Change: his capacity for endless reinvention, from Ziggy Stardust to the Thin White Duke. A Picasso of pop as much as a patron saint of diversity.

Bowie defined his era like no other musician. His achievements in the 70s were the equal to those of the Beatles in the 60s in their innovation and lasting influence. Bowie’s 80s were a fallow period, and he struggled to make another hit record. But it is the persistence and continuity which impresses.

No longer in the public eye, Bowie the quiet innovator is the first artist to release albums on the internet. He was immensely supportive of fellow artists. Guest-singing a single line in Arcade Fire’s Reflektor, he steals the show. With the last two albums, released in extraordinary circumstances, Bowie leapt back to public attention. The release of Blackstar on his birthday, two days before his death, speaks to Bowie’s consummate artistic control.

If it’s hard to speak about music, it’s even harder to distill our feelings when a great musician dies. It’s also difficult to explain to our students and young people why Bowie had a foot in virtually everything that happened in pop since the 70s. In the mean time, listen to Blackstar, and wonder at a rich body of work, amazing melodies, and at the fullness of a life lived with youthfulness, class, and grace.”