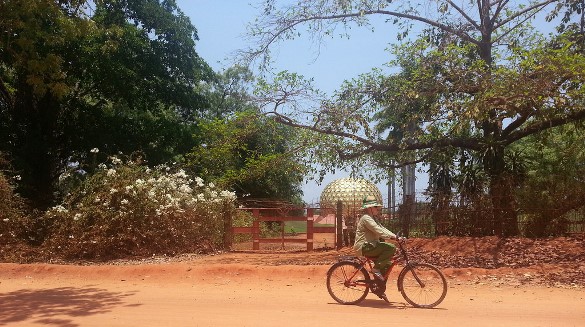 In the final episode of the University of Liverpool’s Realise podcast series, Dr Ian Magedera, from the Department of Modern Languages and Cultures, describes the French-language representations of India, specifically in Pondicherry, the principal French trading post.

The five-part series on the Envisioning the Indian City (ETIC) project features researchers as they work to gain a deeper understanding of the critical role played by Indian cities in negotiating contact with the rest of the world.

Listen to episode four here and read a ‘teaser’ from the podcast below:

“It’s still not very widely known that, at the same time as the British Raj was trundling through the nineteenth century, the French had five postage stamp-sized trading posts in India. Placed side-by-side they would have covered about five hundred square kilometres, but they were spread out across three compass points of the Indian land mass.

My part of the ETIC project focuses on the colonial heart of the Puducherry, the principal French trading post. It’s a place which is unique in India. So, here, 165 kilometres south of Chennai, the megacity formerly known as Madras, you’ll find a ‘boulevard town’ of four square kilometres laid out in a chessboard, or gridiron pattern. It’s an amazing heritage space, overlooking the Indian Ocean, with scores of well-preserved colonial buildings.

“The chessboard pattern of the town plan has endured multiple colonial encounters. As Jean Deloche discovered, it was conceived by the Dutch in the seventeenth century and rebuilt twice by the French in the eighteenth century, after being destroyed by the British on both occasions. You see, the Royal Navy’s bombardment reduced the buildings to rubble, but what it didn’t eradicate were the foundations. The French just rebuilt according to what they called ‘le plan ancien’ or ‘the old plan’, which was actually a Dutch plan.

“The most recent manifestation of this persistence concerns photography. Pondicherry, to give the Union Territory, its English name, received enormous numbers of Indian tourists. Its attraction is as a place outsider the timeframe of contemporary Indian modernity. The Pondicherry Tourist Office has acknowledged this view in its advertising slogan: ‘Pondicherry, give time a break’.”