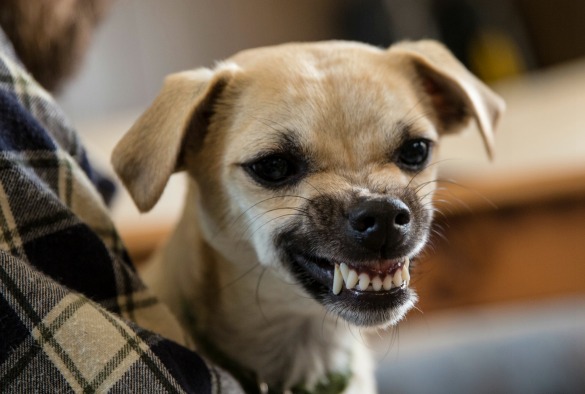 Dr Carri Westgarth is in the final year of a Medical Research Council Population Health Scientist Research Fellowship at the University of Liverpool’s Department of Epidemiology and Population Health. Her fellowship is entitled Understanding dog ownership and walking for better human health.

“The other day, I walked into a supermarket and I noticed a young Akita tied up outside. When I walked out, I saw that two children, probably about 7 or 8 years old, were trying to stroke it and from its bemused look it was obvious that it did not know them. Although the dog didn’t look overly fearful, it was certainly not completely comfortable.

My heart leapt into my mouth and I felt sick. I looked around but there were no parents in sight. I had to say something so I walked over to them and asked, “Do you know this dog?”. They looked up at me with sheepish expressions so I asked again. “No,” one of them muttered. “You must be really careful,” I replied. “You should not go up to dogs that you don’t know and try to stroke them. That is how people get bitten.” They looked at me, abashed, backed off and walked away.

Possible disaster averted, I returned to my car but decided to look for a pen and paper to leave the owner of the dog a note to let them know what I had just seen. I looked back towards the dog and thought I saw a man stroking it, so I returned as he was walking away into the shop, talking on his phone.

“Excuse me,” I shouted, “is this your dog?” He looked at me shiftily but didn’t answer so I asked again, “Is this your dog? I’m trying to find the owner of this dog, because I just caught two children trying to stroke it.”

“Were they on their own?” he asked. “Yes, they were totally unsupervised, but that’s how accidents happen,” I explained.

“So whose fault is that then!” he replied, angrily.

“Yes I know, but still the dog was out here on its own.”

“I don’t care, not my problem,” he retorted, angrily, and walked off.

I was a bit riled by now and shouted, “I’m sorry, but I think it is really irresponsible!”

I returned to the car and wrote a note that said, “To the owner of this dog, please be careful when leaving your dog tied up as I just caught two children stroking it unsupervised. This is how accidents happen!” I folded the note up and wrapped it around the dog’s lead. He gave me a bit of a cautionary sniff hello and I told him he was a good boy (without petting him!) before returning to my car.

I see dogs tied up outside this shop all the time. I even did it myself, years ago, when I lived nearby and before I knew better. But, had these children overwhelmed this poor dog and it had told them to back off and bitten them, the parents would probably have been on the news sobbing under a headline about their poor children being mauled by an aggressive breed of dog that should be banned. Another dog would now be dead.

Whose fault would it have been? The dog’s? The children’s? The parents’ for neglecting to teach their children not to approach strange dogs without an owner there? The owner’s for leaving their dog tied up unsupervised?

A number of failures could have been given ‘in hindsight’ that led to a bite like this occurring, with each party blaming the other. But, in the present moment, most of us cannot believe that our dog would ever do such a thing, nor that we could be bitten.

These issues have been presented in my recently published research into attitudes and beliefs of dog bite victims. We found that dog bite victims commonly had the perceptions that ‘it wouldn’t happen to me’ and that dog bites were ‘just one of those things’ that can’t be prevented. They were also quick to blame themselves if they knew the dog well, but if they didn’t then it was of course the owner’s fault. Some people recognise the signs that a dog is unhappy and may bite, such as turning the head away, lifting a paw, licking the lips, furrowed brows, and showing the whites of eyes (more information can be found here). But many people are not aware of these signs, or, surprisingly, they notice them but carry on anyway.

This is all fascinating for researchers like me who study dog bite prevention. However, it is also worryingly damaging to the reputation of dogs in today’s society. And my nerves when I am innocently doing my shopping….”

For more information and to take part in the survey please visit http://s.liv.ac.uk/352 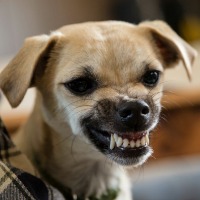