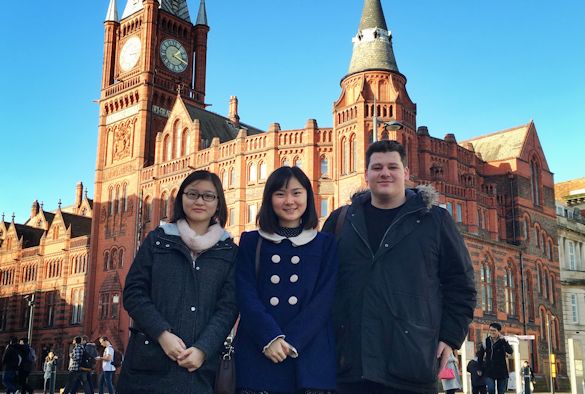 Students from the University’s Department of Mathematical Sciences will compete in a prestigious annual mathematical contest which attracts more than 7,000 teams of undergraduates from all over the world.

This year five teams – each consisting of three undergraduate students – will take part in the Mathematical Contest in Modeling (MCM) which kicks off on Thursday, 28 January and lasts for an intense four-day period.

The contest requires participating teams to use mathematical modeling to solve problems connected to the real world. For example, last year’s participants were asked to consider mathematical solutions relating to the ebola outbreak and the search for Malaysian flight MH370.

Over the 96 hour competition period the participants can conduct research, devise a model, implement the model in computer code and run simulations in response to the problem.  They can access any online or published resources but can’t consult with anyone outside of their group.

Dr Corina Constantinescu, Director of the University’s Institute for Financial and Actuarial Mathematics, who has spearheaded the Department’s involvement, said: “This is the first time Liverpool have put forward teams into this very prestigious maths competition, which is popular with students in the US and in China, including our own XJTLU students.

“The competition asks undergraduate maths students to work as a team, manage their time (and sleep) and apply their intellect, skills and knowledge to problems which exist in the real world. The competition is a great way to show the value and application of mathematics beyond the world of academia.”

Profess Ke Chen, Head of the Department of Mathematical Sciences, added: “Enriching our undergraduates students’ learning experience through a variety of academic activities (including placements, internships,  summer research projects and undergraduate summer schools)  is one of our departmental priorities.

“Entering undergraduate maths competition is a new activity that we initiated this year and will continue supporting. We Wish our five teams excellent results.” 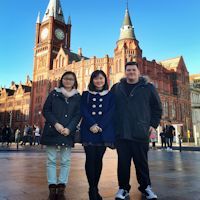