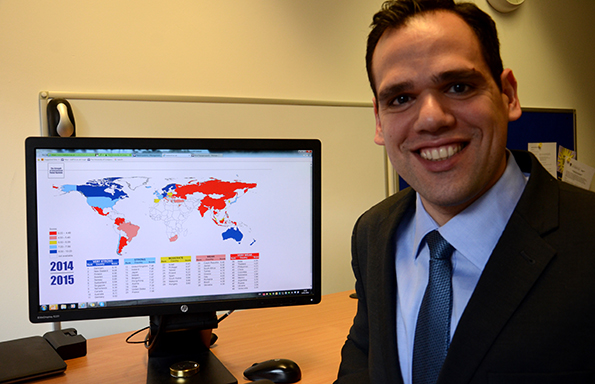 The USA’s patent system lags behind 19 other countries according to a new global index that looks beyond the law to also take into account the effectiveness and efficiency of its implementation.

International business and intellectual property management specialist, Dr Nikolaos Papageorgiadis, from the University of Liverpool’s Management School, has developed the Index of Patent Systems Strength (IPSS) to help multinational firms, small and medium-sized enterprises (SMEs) and those operating in intellectual property law or research and development, make informed decisions about applying for patent protection in 49 countries across the globe.

Originally published in the Journal of World Business, the IPSS is now available as an online tool allowing users to select a country and compare the effectiveness and strength of enforcement of its patent system over 17 years, between 1998 and 2015. For every year, it ranks each of the 49 countries in five categories, ranging from ‘very strong’ to ‘very weak’.

The IPSS is a composite index that uses a consistent and transparent methodology that doesn’t just look at the laws in place in each territory but also the effectiveness, efficiency and implementation of those laws in practice.

These additional parameters throw up vital distinctions that are not currently revealed by the most widely used indices.

Where the USA often tops other tables, the IPSS ranking puts it in the ‘moderate’ category and some way behind both Canada and Denmark, which tops the list, as well as New Zealand, Finland, Sweden, Norway, Switzerland and Singapore.

Dr Papageorgiadis said: “The USA appears to be lagging behind countries it often puts pressure on to strengthen their patent systems, such as Canada which is ranked 9th.

“From the point of view of intellectual property owners, the extended patent battles in some industries, and patent trolling activities evident in the US patent system, have had an overall degenerative effect on the effectiveness and efficiency of the US patent system.”

The IPSS is a composite index that uses a consistent and transparent methodology that doesn’t just look at the laws in place in each territory but also the effectiveness, efficiency and implementation of those laws in practice

Denmark’s position was buoyed by the implementation of administrative simplifications for patent system users, and Singapore has seen its position improve thanks to the introduction of an integrated one-stop intellectual property services centre.

Dr Papageorgiadis said: “The strength of the UK patent system is now clearly on an upward trajectory as a result of a number of new measures brought in by Government in October 2014 to modernise the intellectual property framework.”

At the other end of the scale the BRICS countries – Brazil, Russia, India, China and South Africa – find themselves ranked ‘weak’ or ‘very weak’ by the IPSS.

Although still ‘very weak’, China’s scores have improved thanks to the introduction of specialised intellectual property courts, and demonstrations of willingness by Government to collaborate with companies against IP infringement.

India, ranked 40th, also remains in the ‘very weak’ category despite efforts to improve the system, most notably when the High Court in Delhi temporarily suspended sales of Xiaomi due to a patent dispute with Ericsson.

Some countries have seen notable rises though the rankings over the last 17 years, particularly South Korea

Dr Papageorgiadis said: “Negative perceptions of the efficiency and effectiveness of the Indian patent system are still prevalent, due to cases such as the refusal of the Supreme Court of India to grant a patent to Swiss group, Novartis for its cancer drug, Glivec.”

Sharing a spot in the ‘very weak’ category with China and India are countries such as Mexico, the Philippines, Argentina and Indonesia.

Some countries have seen notable rises though the rankings over the last 17 years, particularly South Korea.

Dr Papageorgiadis added: “The country that achieved the most striking improvement is South Korea, which entered the ‘moderate’ category in 2005-6, after being consistently ranked as ‘weak’ since 1998.”

Other countries in the ‘moderate’ category, alongside the USA, include Israel, Portugal, Spain and Malaysia.

The IPSS was developed in collaboration with applied macroeconomics expert, Konstantinos Alexiou from Cranfield University.

Visit www.liverpool.ac.uk/patent-systems to find out more. 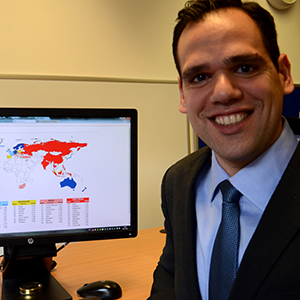