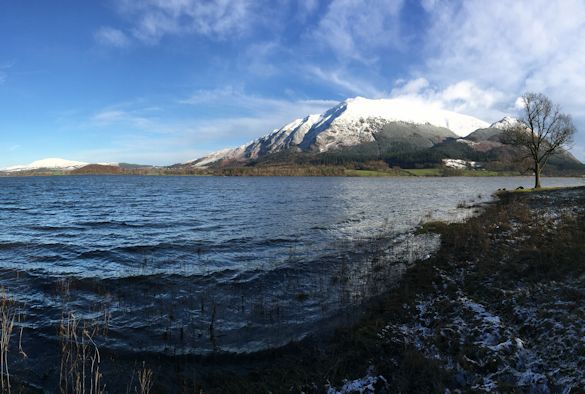 Bassenthwaite Lake against the backdrop of Skiddaw in the Lake District

University researchers have been awarded an Urgency Grant from the Natural Environment Research Council to study lake sedimentary records to see if they provide an insight into how extreme the recent floods were in Northern England.

The project will test the robustness of the lake sediment palaeoflood record and assess the role of climate change in these events. Researchers analyse and add to unique lake sedimentary archives for the English Lake District region spanning over a 600 year period which were developed by research teams at Liverpool, Durham and Southampton Universities.

The project will analyse the recent flood sedimentation across a variety of lake environments in the Lake District region and compare the sediment records that had accumulated before and after the recent flooding, and how they evolve in the post-flood period.

It comes in the wake of the extreme floods that hit Northwest England in December 2015 and highlighted the inadequacies of current flood return frequency models developed largely using short time series, records of river flows 30-50 years in duration.

Richard Chiverrell, Professor of Physical Geography at the University’s School of Environmental Sciences, said: “Recent events have highlighted limitations to the woefully short records covering river flow which struggle to track any changes in flood frequency and magnitude over a meaningful period of time, and undermine attempts to quantify the role of climate change in recent extreme flooding.”

He added: “This project aims to improve confidence in our existing lake sediment palaeoflood series by placing recent extreme floods in a longer term context, and to establish flood frequency models that use integrated sediment records and river flow data in flood risk management.”

The NERC-funded project ‘Geomorphic and sedimentary evolution of an extreme event: testing a sediment-based palaeoflood record’ involves the Universities of Liverpool and Durham and will run for eight months.

Film footage of the flood at Brotherswater:

Film footage of some of the dramatic hillslope erosion in northwest England that occurred during Storm Desmond (filmed on the 6th December 2015): 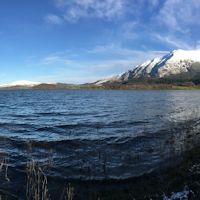