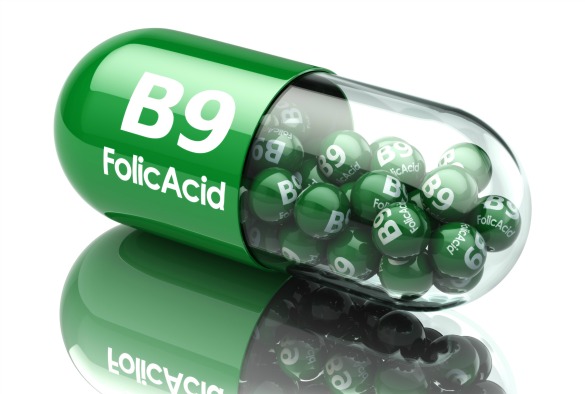 Scotland is currently considering whether to add folic acid to flour as concerns mount that there could be an increase in birth defects.

Professor Sue Wray, a reproductive health expert from the University’s Department of Cellular and Molecular Physiology, explains the importance for women of increasing their folic acid intake prior to conception:

“The Scottish Minister for  Public Health, Maureen Watt, has announced that her government will consider how they might progress the case for mandatory fortification of flour with folic acid. So, what makes folic acid important?

“Dietary folic acid makes folate, which is vitamin B9, first identified as a dietary necessity by Lucy Wills in the 1930. Working in India she discovered that the type of anaemia seen there in pregnant women, was due to a lack of this component in the diet, which became known as the Wills factor.

“Her cure was simple, Marmite – as yeast contains folate. It was not until much later, the 1990’s, that it became clear that vitamin B9 deficiency was also a cause of spina bifida. This and related conditions, known as neural tube defects,  are where the spine does not develop properly often resulting in paralysis and incontinence.  A vitamin B9 dietary deficiency can be overcome by taking folic acid as a supplement. Another solution to deficiency is to fortify foods with folic acid.

“At first one might think how odd that Scotland wishes to affect the diet of its people in a unilateral manner. Surely what’s right or wrong to eat will be the same north or south of the border? And in turn, is the debate about fortification, folic acid or both?

“Frustration is at the root of the Minister’s statement. The movement to mandate that folic acid be added to UK flour is a quarter of a century old. It has been added to US and Canadian flour for more than 15 years and over 70 other countries add folic acid to flour. But not the UK or any European country for that matter.

“The case for mandatory fortification of a widely eaten food, flour, is to increase public health, in this case by reducing the number of babies born each year with neural tube defects.  Although vitamin B9 is essential to human health, our bodies cannot make it and therefore we have to get it from our diet. As well as yeast many leafy greens are rich in folate (hence the name). Unfortunately in modern Britain 1 in 10 of us is deficient in folate.

“One of the reasons why folate is essential is that it is needed for cells that are dividing. This, in turn, explains why folate is essential for pregnant women – imagine how many times cells have to divide and multiply to grow a baby! (Blood cells have a short lifespan and thus have to be continually made by the bone marrow, hence the anaemias that will arise if B9 is deficient, as identified by Lucy Wills.)

“Pregnant women will be given folic acid as a supplement; however for those who are folate deficient this may be too late to prevent spina bifida. This is because forming and closing of the neural tube occurs very early in pregnancy, and is completed before the baby is one month old. Many women, even those planning a pregnancy will not know they are pregnant at this time. For this reason women wishing to conceive are encouraged to take folate supplementation (as folic acid) for at least three months before conceiving (periconceptual). For the estimated 40% of unplanned pregnancies that occur in the UK each year, there is no chance to supplement. Unfortunately you have more chance of being folate deficient and having an unplanned pregnancy in areas of social deprivation. Such conditions occur within Merseyside and Scotland.  This brings us back to the Minister for Public Health.

“If we accept that many women who become pregnant are folate deficient and thus at risk of spina bifidia and related conditions, doesn’t it make sense to think of other strategies, such as fortifying flour with folic acid, to prevent it? It has been estimated that this would save at least 300 babies each year in the UK being born with this serious condition. In the US and other countries neural tube defects fell by between 25-80% after folic acid was added to foods.

“So why are our lawmakers dragging their feet? It cannot be that there is a blanket ban on what detractors call mass medication and an infringement on our civil liberties, as several common foods have either voluntary or mandatory fortification. For example, iodine is put into salt, and margarines and breakfast cereals are fortified with vitamins. Flour already by law has iron, vitamins B1 and B3 and calcium (in the form of chalk) added to it, so why not folic acid? For campaigners such as Baroness Tanni Grey-Thompson, the athlete born with spina bifidia, we should wait no longer. There were fears that some cancers may have been increased with high folate levels, but a study of 50,000 people published in the Lancet found no such risk. In fact there is evidence that folic supplementation also reduces autism, babies being born underweight, asthma and heart defects. In Liverpool, Harris-Wellbeing Fellow, Nancy Medley says it would be of interest to compare the effectiveness of supplementation vs fortification, but no one doubts that folic acid helps prevent spina bifidia.

“It will be interesting to see if Scotland’s proposal to go ahead without England, as it did with banning smoking in public places, will kick-start the UK government to enact this simple solution to a serious problem and spare hundreds of babies every year from birth defects.”

For further information visit Shine or the Royal College of Obstetricians and Gynaecologists. 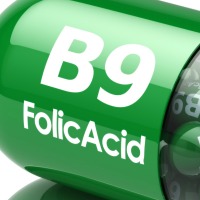