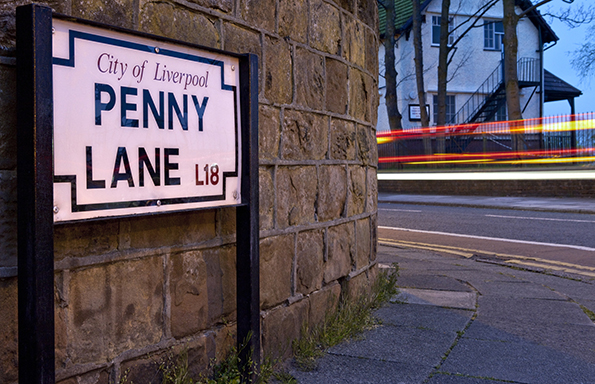 Research released today has revealed that The Beatles legacy adds £81.9m to the Liverpool economy each year and creates 2,335 jobs.

The report represents the first study of the contemporary value of the Beatles linking prior academic work with economic data and in-depth interviews with stakeholders. The report forms the start of a process of ensuring the city makes a clear contribution to appropriately and sympathetically preserving the legacy of The Beatles.

In addition to the net additional value of £81.9m generated by the band’s heritage, the report reveals that The Beatles-related economy is growing by up to 15% a year. The report states that there is further significant growth potential. The implementation of planned developments such as the relocation of the British Music Experience to Liverpool and the potential development of Strawberry Field are in line with the report’s recommendations.

Stakeholders interviewed pointed out the changing demographics of specifically Beatles industry markets. In particular, they noted the recent popularity of the Beatles in Brazilian and Chinese markets and the continuing importance of younger visitors. At the same time the general visitor markets for Liverpool, who also engage with Beatles heritage, remains the UK, Europe and USA. Medium to long term markets therefore appear to be stable.

The research found that the city region’s current offer addresses the needs of both dedicated Beatles enthusiasts as well as more general visitors to the city. The report identifies a number of opportunities which could help further develop the offer, including the improvement and better management of public spaces associated with The Beatles, and developing professional knowledge and training in certain sectors of The Beatles industry.

The report also notes that engaging with Beatles heritage is a valuable route into other aspects of Liverpool’s heritage including its maritime past, modern history and contemporary cultural scene – including the breadth of music and arts on offer.

The report states that a key challenge for the city will be to ‘curate’ and maintain the authenticity of The Beatles heritage experience for both existing and future fans and visitors – especially as new generations of visitors engage with the Beatles and Liverpool.

One of the main recommendations of the report is to establish and initial ‘Beatles Legacy’ group with representation from the main stakeholders, that will explore how to best develop the sector.

Lead author of the report, Professor Simeon Yates at the Institute of Cultural Capital, said: “This report clearly indicates the importance of the Beatles as a cultural and economic resource to the city of Liverpool. In all the interviews we conducted there was a strong belief that the city would go on attracting visitors through its Beatles connection long into the future.

“Underpinning the economic impact and the cultural value of The Beatles heritage, however, is a positive experience for fans, visitors and citizens, and the city needs to maintain standards in its efforts to promote this legacy.

“There is a risk to the city’s reputation if it does not ensure that the quality of services, attractions and products are maintained by all those who come into contact with visitors wanting to explore and access the heritage of The Beatles.”

Dr Mike Jones, of the University of Liverpool’s Institute of Popular Music, said: “We need to convey the core point that Liverpool was not just the birthplace of the Beatles, it was their cradle; what they learned as Liverpudlians they took into the world. The self-confidence and openness to cultural influences remains a vibrant and distinctive aspect of the life of the city. The still fresh music of The Beatles reminds us who we are and who we could become.”

Professor Richard Evans, of LJMU’s European Institute of Urban Affairs, commented: “This report clearly shows that the Beatles legacy is of major economic benefit to the city and that there is significant potential for further growth. The Beatles’ close ties with Liverpool not only make dedicated attractions appealing but also boost the custom of other local visitor attractions, hotels, shops and educational establishments and the image and standing of the city around the world.”

Mayor of Liverpool, Joe Anderson OBE, added: “It felt like the right time to commission a report which would use tangible evidence and analysis to tell us exactly what the legacy of The Beatles is to Liverpool.

“There are some fascinating insights in the document, and to know for a fact that the Fab Four have such a huge impact on the local economy goes to show we need to look seriously at the current offer and work together with stakeholders across the city to improve it.

“As a city, this now gives us a firm footing to make investment and creative decisions on how to improve the offer of The Beatles. It will rely on all stakeholders taking ownership and driving change to unleash the full potential.

“This is an exciting time as it’s the first step in a journey to protect the legacy of Liverpool’s famous sons and ensure it continues to attract visitors to the city for generations to come.”

The report is based on interviews with those connected with The Beatles industry including business owners, employees and tourists, and is supplemented by data from literature, previously conducted research and regional economic data.

The full report, ‘Beatles heritage in Liverpool and its economic and cultural sector impact’ is available to download at http://iccliverpool.ac.uk/publications/cultural-policy/ 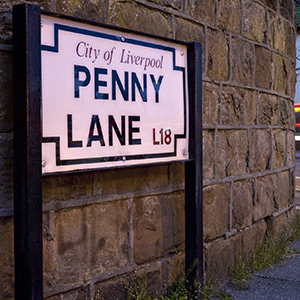