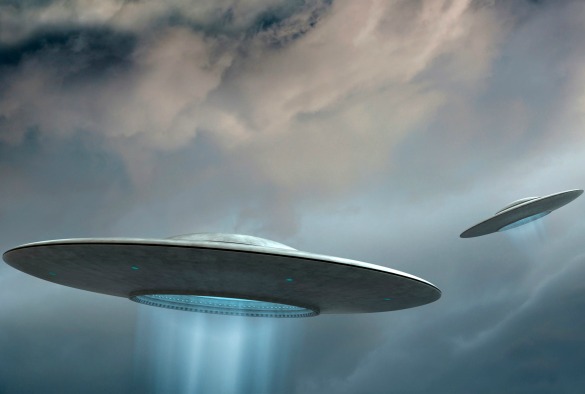 “Responses are filtering across the Atlantic to the revival of The X-Files in which Gillian Anderson and David Duchovny are reunited after 14 years as Scully and Mulder by series creator Chris Carter. For some, the setting of government conspiracy and alien abduction reflects the increasing paranoia of the world we live in, where we simply expect all sorts of undercover murkiness in everyday national and international politics. For others, it’s simply an exercise in nostalgia like that which has fuelled the recent incarnations of Doctor Who, the rise in superhero blockbuster movies, and the recent return of Star Wars.

“Not that nostalgia is all that bad – Star Wars: The Force Awakens managed to tell the same story yet again with a cast of engaging new characters, old ones who didn’t play their parts as though they needed the money, and ended with me genuinely impatient for the next episode. But while the jury is still out on The X-Files I wanted to think about other ways in which science fiction has dealt with conspiracy and alien weirdness.

“In 1939, Liverpool science-fiction writer Eric Frank Russell published the first version of his novel ‘Sinister Barrier’ in the magazine Unknown. (It was published in book form in 1943, during which time Russell was serving in the RAF as a radio operator.) Russell was, as well as a member of the British Interplanetary Society, formed in Liverpool in 1933 to promote research into space flight, a follower of the writings of Charles Hoy Fort, perhaps the true inspiration for The X-Files. Fort, an American, was an assiduous collector of ‘scientific anomalies’ such as mysterious disappearances, strange objects seen in the sky, falls of frogs, spontaneous human combustion and other paranormal phenomena. His reports, first published in The Book of the Damned (1919), and in several subsequent books, attracted a host of followers who, like him, were sceptical of modern scientific dogma but who weren’t inclined to go overboard into full-scale credulity. Forteans – the magazine Fortean Times is still published – tend to play with weird and far-fetched ideas rather than believe them.

“The approach – guaranteed to annoy the maximum number of dogmatists – was ideal for the personality of Eric Frank Russell, who after the War became the British representative of the Fortean Society. He adapted Fort’s speculative “I think we’re property” for several of his novels and short stories, especially Sinister Barrier. Here, by means of research into extending human vision into the infra-red spectrum, a Swedish scientist has discovered that we share the world with beings he calls “Vitons” : spheres who feed upon human emotions and to whom we humans are cattle. Following the scientist’s death from a heart attack triggered by the Vitons, our hero Bill Graham becomes involved in a war between humanity and Vitons and he and his partner discover a way of killing them.

“Russell’s second novel, ‘Dreadful Sanctuary’, serialised in Astounding in 1948 and published in book form in 1951, dealt with a series of failures in the race to reach the Moon. It turns out that the plot to prevent space exploration is masterminded by an organisation called the “Norman Club”, and our hero is told that the Club represents those sane descendants of the original population of Earth – insane Martians who have been exiled to our planet (Charles Fort, thinking about human behaviour, once wondered whether the Earth is a kind of interplanetary lunatic asylum). The novel involves the threat of global war and the real $64,000 question: how do we know that we are sane? Aspects of it have dated, but it remains an effective conspiracy story.

“Russell became one of the most popular British writers of science fiction for the American magazines during the 1950s and 60s, as well as writing his own book of Fortean anomalies, Great World Mysteries (1957). While many of his novels played with conspiracy and paranoia and a general distrust of organised society, others, such as ‘Men, Martians and Machines’ (1955) which brought several previously-published stories into a longer sequence, seemed to suggest the kind of liberal, racially-tolerant future that Gene Roddenberry was later to present in Star Trek.  The short story “Allamagoosa” won Russell the Hugo award for best short story of the year in 1955. Its lampoon of military bureaucracy clearly owed much to his time in the forces, as did perhaps his best story, “. . . And Then There Were None”, (1951), an amusing satire in which the heavy-handed forces of militarism are outsmarted by a pacifist sect.

“Much of Russell’s work, as with much of the best science fiction, plays with the idea that there is something going on which it is up to us to work out. Sometimes this is simply the fact that the universe is bigger and more wondrous than we thought: sometimes it is that we humans are not quite as central as we might like to consider ourselves. The modern world of internet spying and government conspiracies, or murky goings-on in the commercial and political worlds is in truth far from Russell’s adventure stories, but he still has much to offer for today in his amused and not-quite-sceptical view of some of the most far-fetched theories of why our world seems to behave in the way it does.  The ‘will-they? won’t-they?’ relationship between Mulder and Scully may be what intrigues viewers of The X-Files, but the “files” themselves owe much to the work of pioneers like Eric Frank Russell.” 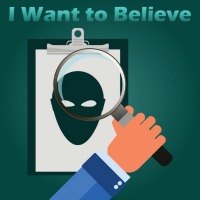