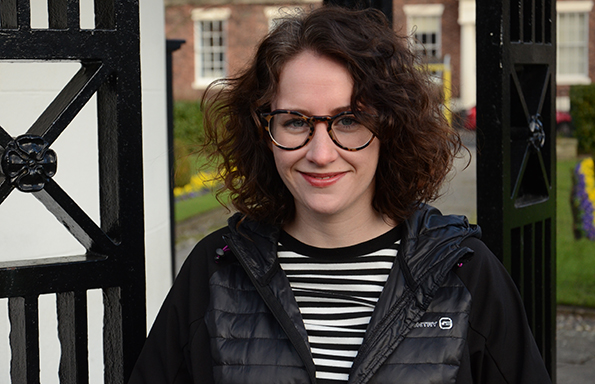 Our love in the UK for detective narratives has been highlighted by the popularity of Nordic Noir in recent years. Its international popularity is unsurprising, given that the genre, which originally emanated from the U.S. post-Depression era, typically voices societal disillusionment, and depends on suspense and excitement, featuring a heavy-drinking, chain-smoking sleuth, a beautiful and dangerous femme fatale, a damsel in distress, and a host of violent crimes.

As an undergraduate, I enjoyed studying Spanish detective fiction (known as novela negra in Spanish) much more than the content of other literary modules on my French and Spanish courses – the fast-paced texts filled with tension and everyday language allowed me to quickly read texts while understanding them easily. I focused my MLitt studies on post-Franco Spanish detective fiction, considering how these works commented on democracy in Spain and the view of women. Arriving at Liverpool in 2013, I decided to I decided to turn my attention to Latin America, where dictatorships, revolutions and (sometimes liberal) oligarchies have affected, and are represented in, literary genres.

I quickly realised that current academic thought on Latin American detective fiction focused on representations of political corruption and injustice, but that there was no research centred on the malleability of the genre itself, nor on the representation of hybrid genders and sexualities. I chose to investigate work produced in Cuba post the fall of the Soviet Union (1989) and Mexico after the implementation of the War on Drugs (2006) to explore how detective fiction in these two countries reacts to, reflects, and at times critiques these diverse socio-political contexts.

I aimed to argue that two very different genres were being produced in Cuba and Mexico, despite the novels adhering to some of the U.S. tenets of detective fiction such as the renegade detective, the dangerous woman, the female victim, the disruption of societal norms. Ultimately, I set out to demonstrate that what has been produced in these two countries – both with very different relationships to the U.S. – had each to be considered as entirely original genre mutations.

One particular area I have looked at is the representations of sexuality and gender in the detective fiction produced in these countries. Detective narratives – whether literary or in film, from Raymond Chandler’s classic The Big Sleep to Basic Instinct – have always featured beautiful, threatening women, present to (temporarily) destabilise the heterosexual detective’s patriarchal structures. In Cuba, the policeman in crime narratives has represented socialist ‘hero’ Che Guevara, yet in the texts I study the detective is often placed in homoerotic situations, subverting the very core of Guevara’s socialist rhetoric, (which punished homosexuality by removal to work camps or exile to the countryside). Regarding Mexican detective fiction, part of my work deals with the ethical issues of pornosadic representations of women, questioning whether their inclusion seeks to engage the reader’s social awareness as Mexico has a high incidence of femicide (the murder of women based purely on the fact that they are women), or to titillate the reader, thereby undermining the status of women in the country.

I have been lucky enough to source various types of funding from different institutions, such as Santander Bank, some of the Latin American and Hispanist societies I belong to, and the University of Liverpool itself. Without such support, I would not have been able to gain such extensive knowledge on the cultural products of Cuba and Mexico. In the summers of 2014 and 2015 I conducted research in university libraries and public libraries in Mexico and Cuba, interviewed authors of my primary texts and attended literary and film festivals in order to broaden my knowledge of the genre in each specific society. The effect this has had on the quality of my work has been priceless, giving it extra depth and affirming its originality. Acquiring funding has also meant that I can travel around the UK and abroad in order to attend conferences and seminars, where I also present my work to others in academia and the public. Feedback on conference papers has been absolutely vital to inform my articles for publication, and attendance at conferences and literary festivals, though rarely featuring others speaking on Latin American detective fiction, always provides great opportunities for networking, collaborating, and often the chance to apply for additional financial support.

In the future, I intend to shift the focus of my work to Mexican visual culture, including study on graphic novels and narcocorridos (folk songs that focus on the drug trade in the country, whose accompanying videos and at times lyrics have a particular emphasis on women’s bodies), debating the extent to which they inform the representation of women in popular post-femininst crime narratives from the country. 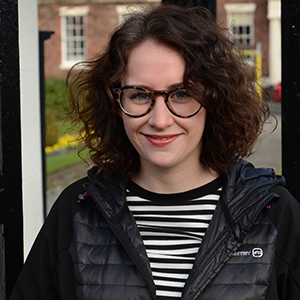