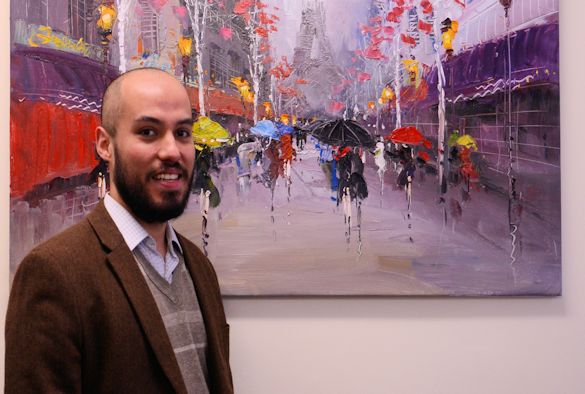 Humberto Godinez Olivares is a PhD candidate in the Institute for Financial and Actuarial Mathematics (IFAM), in the Department of Mathematical Sciences.

“I am originally from Mexico where I studied two degrees, one in Mathematics and the other one in Actuarial Sciences, and I got a Diploma in Dynamic Econometrics, a Diploma in Financial Management and a Master in Public Policy.

Before coming to IFAM, I worked as an actuarial advisor to the Chief Financial Officer at the Mexican state-owned oil and gas company Petróleos Mexicanos where I was involved in analysing a Pension Reform to the company.

This experience convinced me that I wanted to pursue a PhD related to Actuarial Sciences, in specific to Pensions System. My PhD thesis explores the `Dynamic Modelling of Pension Systems’.

Being part of IFAM has been such a fascinating adventure, where I have created long-life friendships and, together with my wife, been able to enjoy our new phase as parents.

During these three years and a half, I have had the opportunity to deliver more than 20 seminars and conferences on Modelling, Optimisation, Social Security Systems, and Risk Management to academic and business professionals, it is great the chances and support we have in IFAM to spread our knowledge!

Together with my supervisor, Dr. Boado-Penas (Actuarial Mathematics BSc programme director), I have published papers in some leading international peer-reviewed journals such as Journal of Forecasting, Geneva Papers on Risk and Insurance, among others.

During the past three years, I had the opportunity to be a visiting researcher at Monash University in Australia and Nankai University in China and to be involved in two international conferences organised by IFAM, the 19th International Congress on Insurance: Mathematics and Economics (IME) and PARTY 2015 – Perspectives on Actuarial Risks in Talks of Young researchers, both presenting my research and developing the website.

I was recently awarded by Investment and Pensions Europe thanks to my research in pay-as-you-go (PAYG) pension systems, with special attention into automatic balancing mechanisms (ABMs) within public pension provision; this was the first time they made an award for research into public pensions.

Additionally, I have received grants from the Mexican Ministry of Education and the Mexican Council on Science and Technology, Petróleos Mexicanos.

The decline in fertility rates, the increase in longevity and the current forecasts for the ageing of the baby-boom generation will contribute to a substantial increase in the old-age dependency ratio, and this will raise serious concerns for the sustainability of the pay-as-you-go (PAYGO) pension systems.

With continuous improvements in life expectancy, pensions are paid over a longer time horizon, which causes great difficulties when the system does not expect such improvements.

The European Commission, shows a clear increase in life expectancy at birth for males and females of 7.9 and 6.5 years respectively from 2010 to 2060. Furthermore, The European population aged 60+ is increasing annually by two million and is estimated to become almost twice as high in 2060 as it was in the late 1990s and early 2000s. Moreover, in 2012, pension expenditure represented a very large and rising share of public expenditure: more than 10% of GDP and this is forecast to rise to 12.5% in 2060 in the EU as a whole.

The common trend in responses to what is a pensions crisis is a wave of parametric pension adjustments during the last years in countries like France, Greece, Hungary, Japan, Romania and Spain. These parametric reforms include, among others, changes in the contribution ceilings, increases in the retirement age, reductions in the indexation of pensions or even carrying out a structural reform from a Defined Benefit PAYGO pension system to a Notional Defined Contribution or even to a funding pension schemes such as Chile, Czech Republic, Mexico, Hungary among others.

Following this process of reforming the pension system, my thesis is focused on one of the most important innovation in public pension schemes over the past years, Actuarial Balancing Mechanisms (ABM) in PAYGO.

The main objective of my thesis is to design an automatic balancing mechanism to restore the sustainability of Pay-As-You-Go pension system based on minimizing changes in the main variables, such as the contribution rate, normal retirement age and indexation of pensions.

This mechanism, that uses an intertemporal optimization models, identifies and applies an optimal path of these variables into a PAYGO system and absorbs fluctuations in longevity, fertility rates, life expectancy, salary growth or any other random events in a pension system. The main purposes of the ABM, through successive application, are to re-establish the financial equilibrium of PAYGO adapting the system to changes in socio-economic and demographic conditions.

The overall objectives that we are looking are to create a credible institutional framework to increase the likelihood that promises of pension payments will be respected and to minimize the use of the pension system as an electoral tool.

Institute for Financial and Actuarial Mathematics

I am glad to be part of the Institute for Financial and Actuarial Mathematics (IFAM) that was established in 2011 within the Department of Mathematical Sciences, and is a co-founding member of the multi-disciplinary research Institute for Risk and Uncertainty. 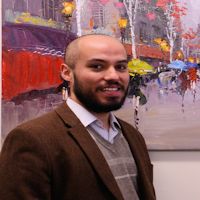 One thought on “Becoming an Expert: Humberto Godinez Olivares on modelling pension systems”