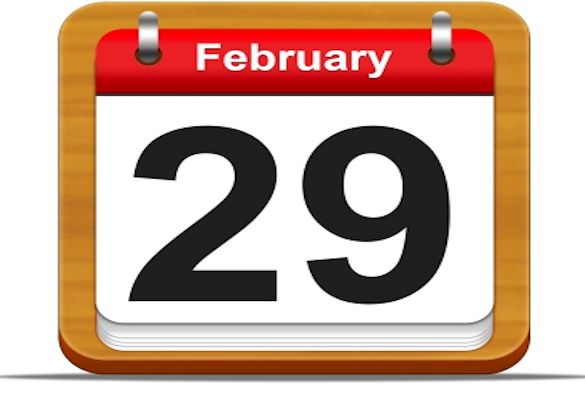 Richard Holme is Professor of Geomagnetism in the University’s School of Environmental Sciences:

“This year, 2016, is a leap year – we have an extra day, February 29th. This concept has a long history, and a number of cultural influences – traditionally, women are allowed to propose on February 29th and not on other days.

The ‘age’ of someone born on February 29th also provided an important plotline for William Gilbert in ‘The Pirates of Penzance.’ But why do we have leap years, and what is their impact?

The basic story is quite simple. The year (the time taken for the Earth going around the sun) is approximately 365.25 days, so to keep our seasons in phase with Earth’s orbit (so that, for example, 21st December is always the shortest day, or at least close to it) our normal 365-day year needs an extra day every four years.

This correction was due to Pope Gregory – September in 1752 had only 19 days, causing large-scale demonstrations from people demanding back their “stolen” day.

All very simple and algebraic, except that the real Earth and solar system aren’t quite so simple. There are variations in both the rate of rotation of the Earth (the length-of-day) and orbital period around the sun.  The latter arise primarily due to gravitational interactions between the planets – Jupiter in particular has a strong influence on the other planets because of its size.

Formally, orbital dynamics is a chaotic system – it becomes increasingly difficult to predict the planets’ paths with time, and going back in time, we can’t calculate the position of the planets in time further back than about 60 million years due to uncertainties caused by the positions of the (really rather small) asteroids Vesta and Ceres.

Variations in orbital structure have important implications for studies of past climate – extremely important for discussions of anthropogenic climate change.

Length-of-day variations (changes in the spin of the Earth) occur on timescales from hundreds of millions of years (the slowing down of Earth’s spin due to lunar tides), through millennia (post-glacial rebound) through decades (exchange of “spin” (angular momentum) between the solid Earth and its fluid core) to variations on daily or shorter time scales (due to the winds “blowing” the Earth faster or slower).

These variations – milliseconds over the 86400 seconds in a standard day – provide a geophysical probe of the Earth system which tell us much about its interior and the interactions between its different parts – all used by scientists at Liverpool! They also give rise to “leap seconds” – extra seconds in the year, because the average day is slightly longer than 86400 seconds.

The last leap second was on June 30th 2015 – I hope you used your extra time well – I did, an extra second of sleep! These changes keep mid-day at Greenwich truly at mid-day, but may well be abolished – the computing, communications and even financial sectors find them very difficult to deal with.

What implications does the leap year have for us at Liverpool?

Well, it means that term in September will start not one day earlier than last year, but two days earlier – meaning fewer years until we get a jump in the academic year and an extra week in the summer. Not to mention an extra day before the start of Christmas shopping!.” 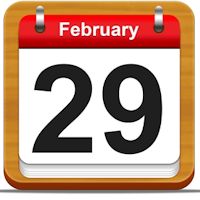