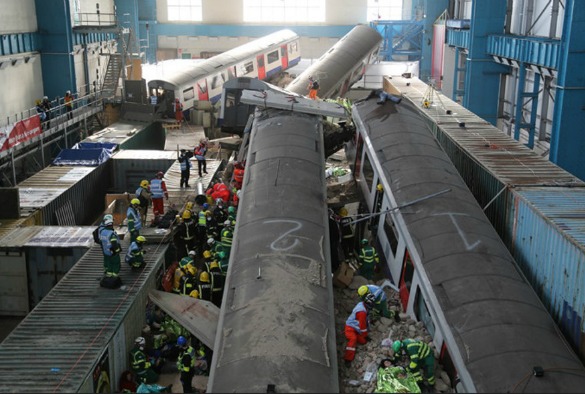 The University of Liverpool is part of the core team evaluating the largest disaster training exercise with UK emergency services.

Exercise Unified Response (EUR) was hosted by the London Fire Brigade as part of the EU Civil Protection Mechanism, and involved fire-fighters, police officers and ambulance personnel from across London, the UK and Europe taking part in a four-day scenario based upon a building collapsing onto a major transport hub in the capital.

The exercise was designed to test a number of national response frameworks and protocols, but also to test the international cooperation across various EU member states.

To help the emergency services learn from the experience, psychologists from the University’s Critical & Major Incident Psychology (CAMI) research group, from both the Liverpool and London campuses, have been involved throughout the planning and preparation stages of the event.

The researchers coordinated a number of ‘observer’ teams during the live exercise, collecting information on emergency service response, coordination and cooperation, as well as the experience of volunteers playing the part of victims and casualties.

The exercise had more than 2,500 casualties, thousands of tonnes of rubble, seven tube carriages and hundreds of emergency service responders.

The major operation involved over 4,000 emergency responders, including 300 responders from European specialist rescue teams and representatives from local authorities and other assistance services.

Dr Michael Humann led the 22-strong University team, which included academic colleagues from the Department of Psychology, as well PhD and MSc students on our academic programme.

The University was invited to assist with the exercise having supported the Joint Emergency Services Interoperability Programme (JESIP) exercise last year in Liverpool that saw a fire service training station turned into a disaster area as part of the national Home Office funded project.

“Our team are not only involved in the evaluation of emergency response to the situation but have also assisted in the planning of this complex large scale disaster simulation, ensuring a rich experience for the responders as well as the volunteering public.

“We are evaluating everything from the command structure to how individual units communicate with one another. This is crucial to help individuals and the services involved perform better in a real crisis.

“Similarly, we are also capturing the public’s experience of their interaction with the various agencies, as well as their overall perceptions of how the emergency services and other authorities train and prepare for such incidents.”

To date, EUR is just one of the areas in which the CAMI research group has worked with emergency services. They have also assisted with a number of other exercises around Merseyside and the UK, while also developing long-term training and learning programmes.

More information about CAMI can be found here. 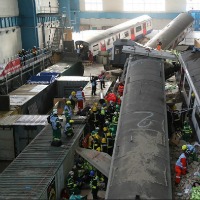