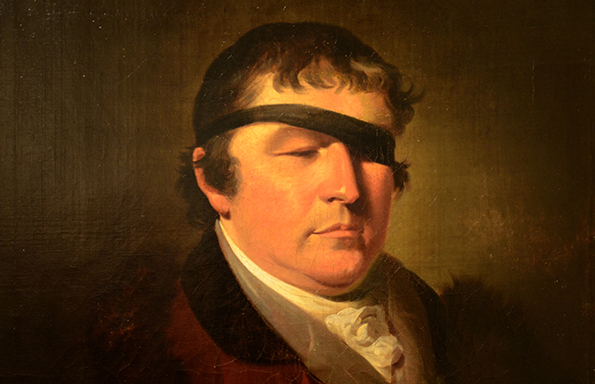 This week a new play opens at the Everyman theatre: Unsung, by John Graham Davies and James Quinn. The play presents an exciting and imaginative entry into the life and world of Edward Rushton (1756-1814), one of Liverpool’s earliest poets and social campaigners. Rushton was attracted by the romance of the seafaring narratives he had read and signed up as a sailor at the age of 11; he never lost an attachment to the figure of the hardy British tar, but he was a rather insubordinate mariner and made no secret of his views about the human traffic of the slave trade on what had become for Liverpool merchants a highly profitable route to the West Indies. On one of these voyages, during an attempt to ameliorate those conditions by supplying water to slaves confined to the hold because of illness, Rushton contracted an eye infection; now thought to be trachoma, it left him blind and ended his career.

Rushton lived with an aunt, on an allowance of four shillings a week from his father, who later set him and his sister up in a tavern. Rushton also edited a newspaper, which he had to abandon after denouncing the activities of the press gang in the port. Eventually he found steady employment as a bookseller in Paradise Street, where he lived for the rest of his life with his wife and five children. Rushton began writing poetry in the early 1780s; in 1787 he published West Indian Eclogues, a set of four poems giving passionate voice to the abused and silenced (‘unsung’) slaves of Jamaica; in this he was part of a small, vocal group of Liverpool poets, a sort of anti-slavery collective, during the early abolitionist campaign. In 1797 he wrote a powerful prose letter to George Washington denouncing his continuing use of slave labour. Through his poems Rushton supported American independence, the French Revolution in 1789, the slave revolution led by Toussaint Louverture against the French, Irish nationalism, and the rights of those at the bottom of the social structure.

Rushton wrote several marine ballads promoting the welfare of naval veterans and inveighing against the press gang; these were sung in theatres and taverns, and circulated in cheap print versions (an early version of retweeting). Much of his output was, however, finely printed by the Liverpool printer and poet John M’Creery: some of this was designed for fundraising purposes, as Rushton was involved in many philanthropic causes. Among these was what became The Royal School for the Blind, in Wavertree; this started as an organisation planned by Rushton and a local blind musician, John Christie, to house and train blind people in an age with little institutional support and few career opportunities for the visually-impaired. Rushton was on the fringes of the civic-minded group centred on the writer and philanthropist William Roscoe, and spent much time in other radical groups such as the Concentric Society and the Independent Debating Society. His network stretched to Belfast and America. In 1806 Rushton published a collection of Poems; at the same time he underwent surgical operations in Manchester, which eventually resulted in his regaining sufficient sight in one eye to be able to read, walk unguided, and see his family for the first time.

Rushton died in 1814. His marine ballads, which were collected as examples of ‘Lancashire’ song into the late nineteenth century, but otherwise Rushton’s work fell from view; he was ‘unsung’ until quite recent times. The University’s English Department, History Department, Eighteenth-Century Worlds and Centre for the Study of International Slavery have all been involved in revisiting the legacy of a man who, as a friend put it, ‘stood like a rampart and spoke like an oracle’. The University Library holds in Special Collections and Archives several early editions of Rushton’s writings, some presented to the Rathbone family, and one of the few manuscript copies of a Rushton poem. Exhibitions were mounted both in the Library and in the Victoria Gallery and Museum on the bicentenary of Rushton’s death in 2014. An edition of Rushton’s writings, and a critical study of his significance, were published by Liverpool University Press alongside these events; and a conference was held, with contributions from local historians and the writers and director of the play which is now to be performed. Rather than a straight biographical narrative, the play presents a vivid sequence of creatively-reimagined scenes, moments, conversations and dialogues, allowing us to experience something of the world Rushton lived in and tried to change: the experience of disability in working-class Liverpool, of friendship and sacrifice across racial demarcation lines, and the struggle to speak truth regardless of consequence. 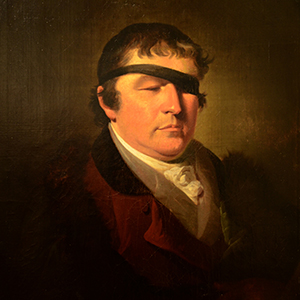